« Off with his head
Government lapdogs? »

Look what happens when you mess with the Fed: 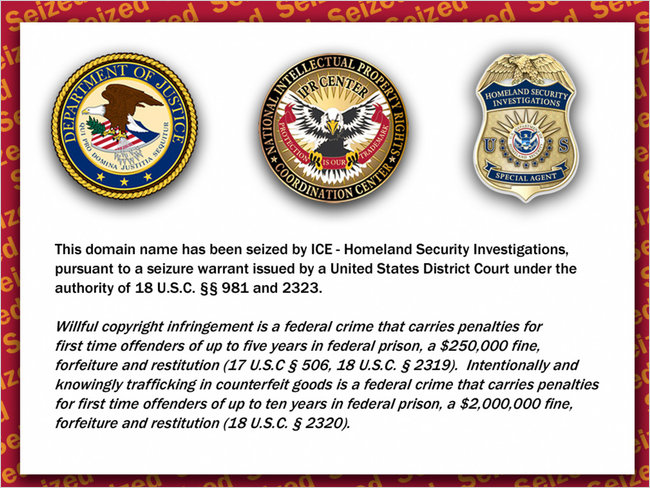 Users of the Web site torrent-finder.com saw this message after the site was seized on Friday. (image; NYTimes.com)

In what appears to be the latest phase of a far-reaching federal crackdown on online piracy of music and movies, the Web addresses of a number of sites that facilitate illegal file-sharing were seized this week by Immigration and Customs Enforcement, a division of the Department of Homeland Security. …

That’s a whole lot tougher than itinerant salesman Shaun Stenning’s approach to his aggrieved clients asking for their money back…. um, through the wrong ‘mechanism’. 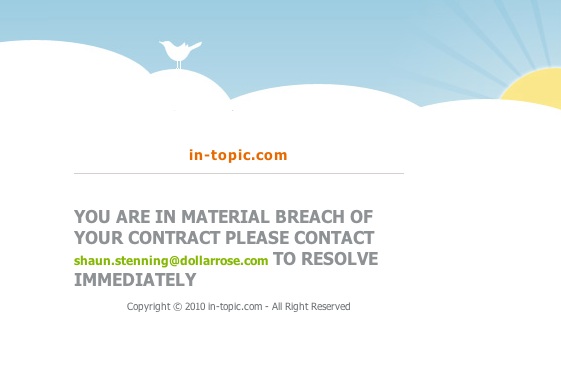 How 'internet millionaire' Shaun Stenning deals with a refund request for his SNIPR/TWALK cashflow machine? (click)

But not as tough as Facebook, apparently, according to Scoble and others.