« It’s only ‘propaganda’ if you’re talking about the other side, right, Carrick?
George Orwell nails journalism? … Maybe. »

The road not taken — copyright is a complicated playground 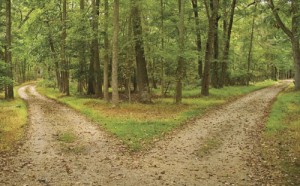 Righthaven is a law firm widely portrayed as copyright trolls trying to shake down bloggers and commenters for reproducing  news stories published by Stephens Media.  According to David Kravets in WIRED 20 June, ‘copyright litigation factory’ Righthaven has sued more than 200 websites, bloggers and commenters for copyright infringement. More than 100 have settled out of court.

Righthaven’s fortunes faced a big setback earlier this month when a US federal  judge found that publishing an entire article without the rights holder’s authorization was a ‘fair use’ of the work.

Wow. I’ve had a little bit to do with copyright infringement litigation, pursuing some plagiarists for appropriating (i.e. reproducing and claiming as their own) material from several of my authors, one of my books and articles.  The plagiarists’ ‘mistake’ was four-fold: (1) extensive word for word copying (2) total lack of attribution (3) bad choice of ‘victim’ and (4) badly mis-handling our request to them to put things right … thinking they could bully/brazen it out.

In their anguish/urgency to find some dirt — anything they could fling back as a ‘counter-suit’ — the defendants in our case  first latched on a hare-brained ‘Contempt of Court’ allegation — even petitioning the Attorney General to intervene (desperate, huh?). That move provoked laughter in law offices in Auckland and Wellington (and more ka-ching! for the lawyers on all sides). Of course the AG declined to become involved.

Then, when reality set in and our case was settled (briefly discussed here in ‘Mr Phil Jones: re-heating cold horseshit’) the fabled fantasist tried to manufacture a ‘copyright infringement’ scandal of his own, alleging that some fully-attributed, acknowledged extracts/references to another author’s work in a book I published amounted to the very same ‘sin’ of which I’d accused Richmastery. (The creaky old ‘Peter is such a hypocrite!’ defence.)

Again, desperate, huh? The attributed inclusion was ‘fair use’ for the purposes of criticism and review, the author in question and his publishers apparently felt, which totally made sense — it consisted of less than 300 words … 22 of which were his name (eight times!), the book title, and the publisher’s firm, if I recall).

All that is background to my comments about today’s new development in Righthaven’s ‘copyright infringement’ case.

The finding referred to above, about publishing an entire article in the context of promoting discussion on the web qualified as ‘fair use’ is huge. Further,  U.S. District Judge Philip Pro’s finding that  Righthaven did not produce any evidence that the market for the original article was ‘harmed’ by that non-commercial use (so ‘fair use’) is also significant. It’s not enough to prove attributed copying is copying, where’s the commercial ‘harm’?

Now here’s the intriguing part: Righthaven has been filing the lawsuits against bloggers for months. Many have settled, apparently, paying Righthaven what’s politely called ‘F*** off money’ because, like Andy Baio’s recent settlement with photographer Jay Maisel re his (Andy’s) tribute album to Kind of Blue, the cost of the fight is sometimes just not worth it.

Key: Righthaven has claimed in filings that it OWNED the copyright that it was suing over. Oops.

Read this, again from David Kravets at WIRED 1 July:

[U.S. District Judge Roger] Hunt demanded Righthaven explain why Hunt should not sanction it for trying to “manufacture standing.” Standing is a legal concept that has enabled Righthaven to bring 200-plus lawsuits for infringing the copyrights of Stephens Media, which owns the Review-Journal.

Hunt wanted Righthaven to explain why it failed to disclose, under a rule of civil procedure, that Las Vegas firm Stephens Media had a “pecuniary interest” (.pdf) in the outcome of Righthaven cases. An internal accord between Righthaven and Stephens Media granted the Review-Journal’s owner and Righthaven each a 50 percent stake in any settlements or verdicts.

With that, Judge Hunt dismissed Righthaven’s suit against the Democratic Underground blog because, he ruled, “a copyright owner cannot assign a bare right to sue.”

Now that caught my eye, because in the lead-up/discovery process of our own lawsuit against Richmastery/Phil Jones/John Bedggood, we became aware of significant other plagiarism by the Richmastery business — unattributed copying of material from sources not published by us (Empower Leaders Publishing). These [alleged] infringements were striking. We could demonstrate long-term, widespread and repetitive use of the copied material as these impostors sought to build their own reputation as ‘experts’ on the back of stolen/misused intellectual property — just as they had with our stuff.

For their own reasons, the authors of some of the purloined material declined to join our lawsuit (and fair enough!) so the question arose: Could we sue on their behalf?  Would it work for them to assign the copyright of that material to us for the purposes of pursuing legal remedies? In the end, we all decided to keep things simple (well, relatively), so we didn’t.

But Judge Hunt’s ruling in the Righthaven case, quoted above, provides an answer:  If they had assigned their copyright, and we had offered the authors a contingency ‘cut’ of any judgement or settlement, we might well have been accused/guilty of ‘manufacturing standing’.

‘A copyright owner cannot assign a bare right to sue’ Judge Hunt says. That is worth knowing, huh?

The road not taken. Whew.