« Fair use — ‘iconic’ is a rationale
First signs of Spring? »

Even a scoundrel can take comfort in the wisdom of John Wooden’s words, and I’m sure some do.

But the question of character goes deeper than shallow justifications or mealy-mouthed complaints about being misunderstood … or suffering for being ‘a tall poppy’.

Sometimes, despite our best defences, we bang up hard against unequivocal principles of (gasp) right and wrong.

I remember a cartoon in Winkie Pratney’s wonderful book Doorways to Discipleship which showed a man lying on his bed listening to a record (vinyl. Yes, it’s an old book) which repeatedly played an affirmation: “It’s alright Joe. Everybody robs a bank once in a while.”

Winkie was making the point, I think, that some things we do are wrong, period. No matter what we tell ourselves about it to rationalise the ‘crime’. We will pay a ‘price’ for that action. 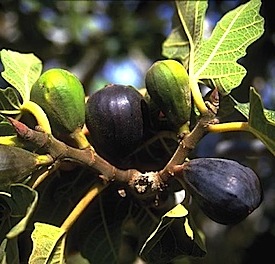 No folks, it’s NOT all a matter of perspective or situational ethics, as some suggest.
Some of those who ‘do’ bad things tell themselves they ‘are’ good people.
But it ain’t necessarily so. They’re liars, fools, or both.

I’m actually a fan of the saying: ‘Stupid is as stupid does’. So it is, I believe, with what we dangerously call ethics or morality. Our actions reveal our character. What we stand up for, what we oppose, what we build — it all counts.

On the sometimes contentious issue of judgement (i.e. Who the hell do you think you are to judge me?) I find it hard to go past what Christ said (and probably Confucius, Buddha, Plato, Homer, Shakespeare … who knows who else?) “You will know them by their fruit”

Beware of the false prophets, who come to you in sheep’s clothing, but inwardly are ravenous wolves. You will know them by their fruits. Grapes are not gathered from thorn bushes nor figs from thistles, are they? — Matthew 7:15-16

To ‘beware’ of false prophets we must be able to recognise them and label them — which we can only do by discernment — judging them. That’s the game.

We shall know them by their fruit — their past results, their track record, their reputation — as I have said before here and elsewhere. These things reveal character, sometimes despite ardent declarations of ‘turning over a new leaf’ and noble-sounding professions of motivations which can, at times, smack of a dubious sales pitch …