« BBC – ‘The Interview’: Tony Blair
An utterly useless waste of a person’s time »

Backstabbing, conniving, and insensitive — just what we need? 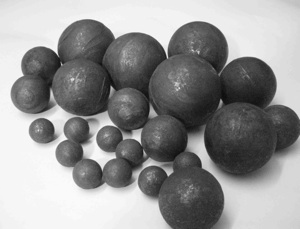 From a New Yorker profile of Facebook’s Mark Zuckerberg:

“He stole the moment, he stole the idea, and he stole the execution,” Cameron [Winklevoss] told me recently. The dispute has been in court almost since Facebook was launched, six years ago.

… To prepare for litigation against the Winklevosses and Narendra, Facebook’s legal team searched Zuckerberg’s computer and came across Instant Messages he sent while he was at Harvard. Although the IMs did not offer any evidence to support the claim of theft, according to sources who have seen many of the messages, the IMs portray Zuckerberg as backstabbing, conniving, and insensitive.

… which reminded me of a comment in Deborah Hill Cone’s recent NZ Herald review of Wall St 2: Money Never Sleeps:

The world needs Gordon Gekkos. Contrary to Stone’s whimsical view of human nature, they don’t tend to be late-blooming family men but they have other attributes when it comes to pushing the boundaries of human achievement. If someone does make a history-changing breakthrough that solves, say, global warming, betcha it will be a Gordon Gekko bastard – not an earnest plaid shirt-wearing loft-dwelling liberal. If all the Gekkos in the world don’t lose their balls, that is.

Sometimes what Deborah Hill Cone calls ‘the narcissistic character of power addicts’ can eventually Iead them to approach the line bordering immorality or criminality — then, like Gekko in the first Wall St movie, there comes a time when they cross it.

Then they’re sociopaths or criminals. (Balls or no balls.)

I get an uneasy feeling about Zuckerberg, as I have said before. Here’s a substantial interview with Tyler Winklevoss in (not my favourite paper) The NY Post.