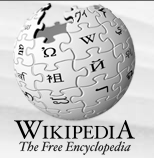 Worth exactly what you pay to use it?

Quite a good interview with Andrew The-internet-is-making-us-dumber-and-less-informed Keen:

Some of the best lines: “It’s turning the knowledge business into a church” and “I don’t think a knowledge worker should be altruistic … shouldn’t give away their labour for free”…. as well as his comments about meticulous Star Wars entries vs spartan entries on Historical figures and Art.

Following on from our earlier discussion about the ‘Social media revolution’ and the claims of accuracy/originality made for social media, I find Keen’s comments about the ‘echo chamber’ aspect of the internet, along with Nick The Big Switch Carr‘s POV, very telling — all good, thought provoking stuff.

The transformation of our culture from the industrial to the digital age has, as predicted, concretely changed our experience of life — in some cases creating a ‘generation gap’ of startling proportions. I know that sounds hyperbolic, but so be it.

The challenge for wikipedia — and most other online communities — is broadening the base of contributors so that external ‘agendas’ don’t dominate or drive the site … and the young techno-centric inmates aren’t the only ones running the asylum. That said, sometimes there’s a need for (ahem) a knight in shining armour to tell the truth and keep telling it — despite the malodour this might create.

While professional editing is so important… it can introduce problems. My own experience with moderation has taught me a thing or two about what can go wrong. A dogged adherence to philosophy and democracy, and a half-baked concept of even-handedness, can lead to the law being made an ass. In my opinion. Corruption is an ugly word too quickly unleashed in argument, in my view, but a lack of courage can achieve similar ends.

Keen’s makes an insightful comment that the term ‘blogger’ has lost its (amateur) meaning and that the most ‘trafficed’ blogs are run by professionals — and fund contributors from advertising revenue. From enthusiastic amateur to pro-run media outlet.
Like paparazzi vs snapshooter, or SAS commando vs deer hunter, like Jon Stewart vs the funny guy in your office — the pros will almost always achieve better results.

Whatever the next step for media (following the collapse of newspapers) is, I hope* it is more than just wishful thinking on my part to suppose that professional journalistic standards (verification, balance, will float to the surface. Might be a pipe dream.