« In their shoes …
Adam – a movie about Asperger syndrome »

What does your ‘opinion’ reveal about you? 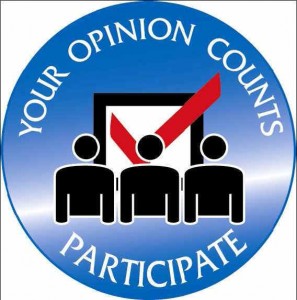 People seem not to see that their opinion of the world is also a confession of character.
— Ralph Waldo Emerson

Everyone is entitled to my opinion.
— attributed to pop singer Madonna

Expressing one’s ‘opinion of the world’ through writing is, by its very nature, the result of a function of filtration. The same is true of spoken or conversationally expressed opinions, by virtue of time constraints, but let’s discuss writing…

Consider the stream-of-consciousness ramblings of the Beat writers or the sometimes self-indulgent rants of Gonzo ‘journalists’ whose writing sought to be as much about their reactions to ‘what happened’ as what happened itself.

Even with these less filtered versions of ‘an account’, there is still a focus. There has to be.

Someone’s journal (whether recorded on calfskin or WordPress) can be all over the place or it can be a series of meditations on a theme. Loose or tight.

When I look back at a year or so’s scribblings here at thePaepae.com, I perceive both randomness and, if not actually a ‘pattern’, at least recurring themes. Is that my life? No, of course not. My entries in this blog reflect what has captured my attention sufficiently — that I guess others might be interested in — that I can be bothered recording/offering it for discussion here. (‘A platform for dialogue’, remember?)

Naturally, themes will occur as new stimulus hooks onto previous topics, and new developments emerge in ongoing ‘stories’. I’m also very grateful for comments where other people bring their insights, intelligence — and lately: information — to bear on a discussion. Great.

One’s interests today bear the mark of our interests before. (Hence, I guess that recent unedifying message from a grave-dancer telling me about the recent struggles of someone whom HE perceived as a past ‘enemy’ of mine.)

We remain connected — until we unplug, that is — to issues, events and people to whom we have been connected in the past, for good or ill. These connections can lose their usefulness, and even become toxic, but nevertheless remain in place through inertia, or habit … or lack of better alternatives.

Our social and cognitive connections in this way can also colour our experience and our reality — our ‘opinion of the world’ to use Emerson’s phrase from above. I agree with that.

It seems to me that the outward projection of our character, expressed through our written or other expression of our opinions can only reveal a portion, a sliver or a shadow of our ‘true self’.

Now, preserve me from the sort of defence sometimes proffered on behalf of neighbourhood serial killers: He was a ‘good father’ and was also ‘kind to animals’. I’m certainly not saying monstrous personal character flaws can be ameliorated by hidden sweetness or charitable instincts.

I am saying: One’s writing, almost by definition, provides only a narrow view of one’s soul or one’s purpose.

One’s journal and other writing or expression is, again by definition, a series of explorations on various themes — one’s preoccupations and enthusiasms. What else can it be? Who has time for anything more? No matter how wide-ranging one’s interests, there are limits.

So, returning again to Emerson’s judgement, his linkage between [expressed] opinions and [internal] character:
‘People seem not to see that their opinion of the world is also a confession of character.’

I’m not fully convinced. But it’s a thought worth expressing. It’s a possibility worth entertaining.

I like the rumination it stimulates … in me. Any thoughts?