« What? A headache warning for Google Glass?
Snowden’s statement to European Parliament Surveillance Inquiry (Read it for yourself) »

What could be behind Apple’s unwillingness to pass the ‘Spy Lockout’ shareholder resolution? 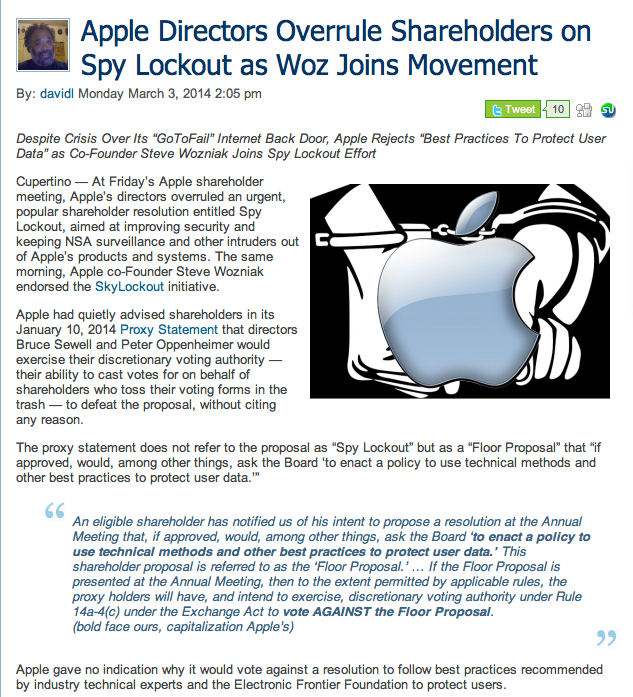 Now, I hadn’t upgraded to OSX Mavericks, so the ‘GotoFail’ bug didn’t affect my desktop, but it appears that ‘error’ was a factor in my iPhone and iPad since iOS6 sometime.

The awful coincidence of Apple appearing (according to Edward Snowden’s ground-shaking disclosures) to have joined the NSA’s PRISM ‘direct access to user data’ programme about that time certainly shakes my confidence in the security of my data.

I read Apple’s recently-released explanation about just how wonderfully secure iMessages actually are (with diagrams! …and caveats) but, really, if something Apple does but can’t disclose gives the NSA ‘access’ to the data on my iPhone, what’s to stop them reading the message logs on my phone? 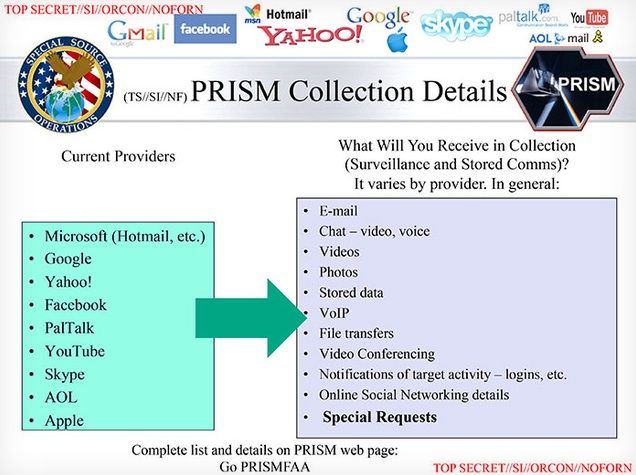 As gut-wrenching now as it was in June last year when we first saw it. (But notice ‘messages’ aren’t on the list.)

There’s some defensive commentary that Apple’s directors vetoed ‘Spy Lockout’ shareholder’s floor motion because they saw it as an attempt to drag Apple into ‘politics’. Well, so what? Apple’s call on the Arizona governor to strike down the anti-gay/religious-freedom (you choose) bill recently was politics, wasn’t it?

I’m troubled. Is that the ‘crisis of trust in US companies‘ that some talk about? Well, yes, I guess it is.