The rise (and fall) of the value of online advertising

The highlighted bit (see below) about online advertising space being (a) infinite in supply and therefore (b) valueless accords with my thinking (although I am not a genius, nor all that experienced).

I’ve done some online advertising and direct marketing, and it seems to me that even when advertising in a ‘targeted’ space, where ‘viewers’ are supposedly pre-selected to have demonstrated interest in your type of offering, ads are still seen as an interruption, or ‘a necessary evil’. (Do I sound cynical? Well, maybe. Just an observation.) 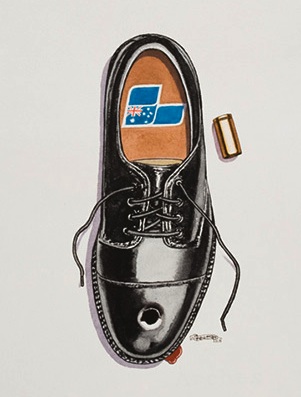 I recently saw banner ads in a discussion forum provoke a barrage of negative word-of-mouth about the advertiser and its offering — so much so that had I been the advertiser I would have regretted placing the ads. The cacophony of derision just went on and on and on … picking holes in the ‘offer’ and the ad wording, castigating the advertiser, the hosting website, questioning the legality of the whole thing — eventually uncovering what looked like plagiarism in the ‘offer’ and prompting a quick ‘site-down-switcheroo-site-up’ revision.

Now even looking on the bright side, the adage ‘there’s no such thing as bad publicity’ isn’t, literally, true. Oh no. I’m pretty sure that was a negative experience from a ‘marketing’ point of view — shooting yourself in the foot, even — although good feedback that the ‘offer’ wasn’t ready for prime time, so not without value.

Still, the model: attract an audience interested in what you have to say/offer, then interrupt them with a commercial message, is sadly, I think, with us forever.

Unless we PAY FOR the content. Which I am willing to, as the paid apps on my iPhone (vs the ‘lite’ ad-supported ones) attest.

While newspaper executives are reportedly wary of entering into an exclusive deal that they fear might install Apple as the content broker of print media in the same model as iTunes’ music and video businesses, they’re also facing tough times monetizing their content as the Internet eats away at their display ad model.

After decades of selling their own ad space in print, they’re now facing the problem of trying to make money on the web, where Google dominates ad sales and advertising space is effectively in infinite supply, and therefore worth very little. Jobs is pitching iTunes’ paid downloads model to print and broadcast media companies with the iPad, an idea they like but also fear, apparently much more so than the alternative of Google’s virtual monopoly on online ads.

Jobs faced similar fears in hammering out deals with music and movie executives, which balked at the company’s plans to sell their content without ads at relatively low prices to an audience millions of iTunes users. …

Movie studios similarly dragged their heels in joining the iTunes Store, with early adopters limiting the number of movies they made available and worrying about the prospect of digital downloads and then rentals hurting their lucrative DVD sales. Jobs used his influence at Disney to help pave the way for broader adoption of iTunes by other studios, but it still took years to win the movie executives over.