I spotted this on the Mother Jones news website today, and words fail me. 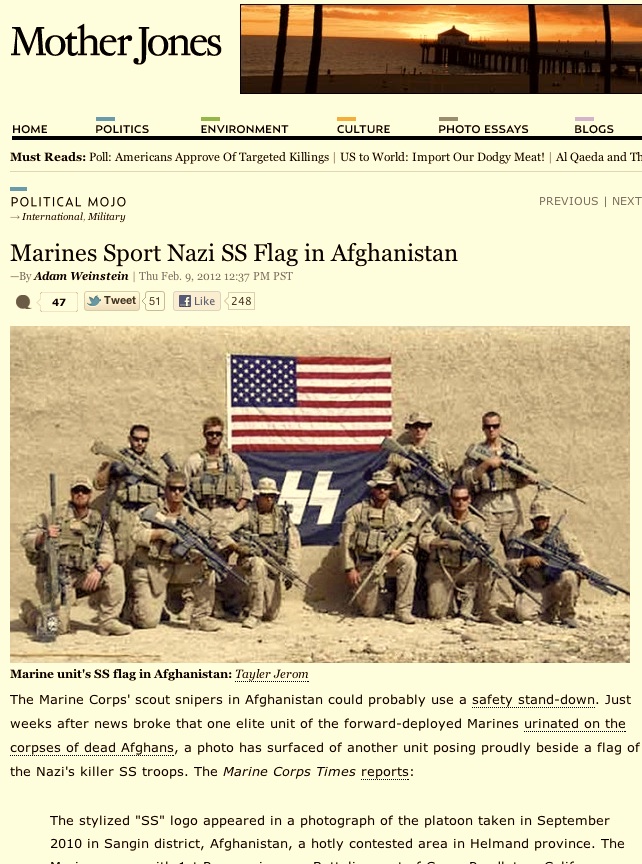 Why is this making news now? Several Marines who were concerned about the photos contacted Mikey Weinstein (no relation), president of the Military Religious Freedom Foundation, a nonprofit that watchdogs religious intolerance in the armed services. Their behavior, Weinstein told me, “eviscerates good order, morale, and discipline,” in addition to angering non-Americans and alienating survivors of the Nazis’ atrocities. He published the photos on the foundation’s website and sent a letter to Gen. John Amos, the Marine Corps commandant, demanding punishment for the Marines involved. “That flag symbolizes the vile ideology of Hitlerian fascism and sends a menacing signal to religious minorities within the United States armed forces,” Weinstein said.