« Glimpse the implications of globalisation, via Disney’s ‘Let It Go’ …
The escape of exnzpat, Part 20 »

“The more information partisans get, the deeper their disagreements become.” 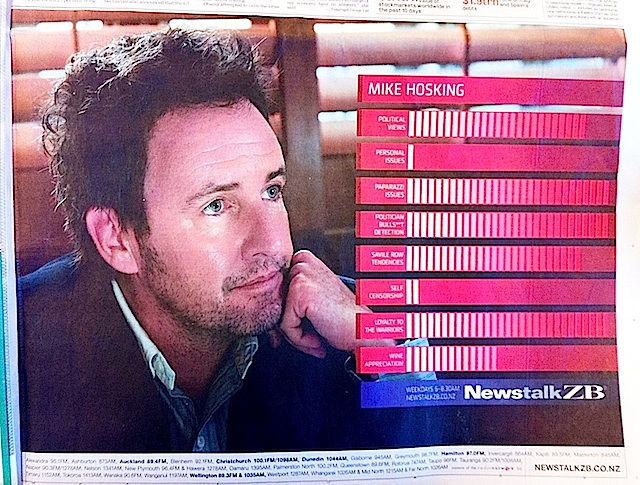 From a must-read new article by Ezra Klein at Vox: How politics makes us stupid showing that often what conditions us to resist changing our minds in response to new information (i.e. learn) is partisanship …

Imagine what would happen to, say, Sean Hannity if he decided tomorrow that climate change was the central threat facing the planet. Initially, his viewers would think he was joking. But soon, they’d begin calling in furiously. Some would organize boycotts of his program. Dozens, perhaps hundreds, of professional climate skeptics would begin angrily refuting Hannity’s new crusade. Many of Hannity’s friends in the conservative media world would back away from him, and some would seek advantage by denouncing him. Some of the politicians he respects would be furious at his betrayal of the cause. He would lose friendships, viewers, and money. He could ultimately lose his job. And along the way he would cause himself immense personal pain as he systematically alienated his closest political and professional allies. The world would have to update its understanding of who Sean Hannity is and what he believes, and so too would Sean Hannity. And changing your identity is a psychologically brutal process.

It is Keynes who is quoted as saying, “When the facts change, I change my mind. What do you do sir?”

Well, not so easy! As Klein points out: “Individuals subconsciously resist factual information that threatens their defining values.”

Yeah, that’s the whole thing with allowing (suffering from?) our paradigms which act to filter out facts that don’t support them. See this post, Negative campaigning and comments following.

Throw in a bunch of membership-of-this-club-means-I-let-others-do-my-thinking-for-me and, well, a recipe for ignorance. Wilful ignorance.

By the way, this, from Steven Price, The news according to Mike Hosking, is well worth a read.