Remember we talked about how caving in to a bully just makes it more likely you’ll be bullied again? (That was one of the morals of the story of Poormastery’s parable.) 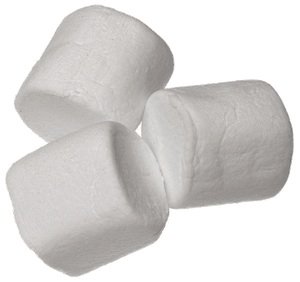 I’ve been recently reminded of an influential cabinet minister from my time working at Parliament’s Press Gallery: Lawyer, later Finance Minister, David Caygill was one of the Rogernomics ‘Troika’ — along with free-market reformers Roger Douglas and Richard Prebble.

Both Prebble and Douglas were head-on, bash-crash, knee-capping bully-boy types (no offence fellas, that’s just how it looked from where I sat) and proponents of using overwhelming force and/or speed to implement ‘policy’ — before their ideological opponents (even in their own Party) woke up to what they were doing.

You could say Rodney Hide is using the same playbook with his approach to the Auckland ‘Supercity’ amalgamation. (Hence the fascist symbolism — which I am assured he found quite funny.)

Caygill’s style was more cerebral, in some ways — this is not to say Prebble and Douglas were unintelligent. Far from it! But Caygill seemed to me to be every bit as cognisant of the role of ‘pressure’— and its value — and he knew how to find where it was effective, i.e. where the ‘target’ had a soft centre.

It is Caygill who is credited with ‘The Marshmallow Theory‘, recently quoted by Rob Hosking in his ‘Order Paper’ column in the NBR:

Search for soft centres, apply pressure, and if it gives, press harder — and if it still gives, eat it. But if there is resistance, turn to another chocolate.

Apropos our recent discussion about people giving in to bluster and threats (even just to “avoid the personal hassle”), the Marshmallow Theory demonstrates that those who surrender to threats and pressure often risk being ‘eaten’.

Those who resist and stand their ground are sometimes left to carry on and, with luck, fulfil their mission.

I know which path I prefer.