The dignity of the office 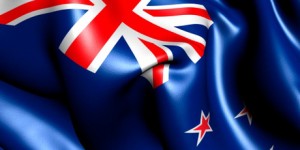 There are roles the political leader of a country plays that are non-political. They are a task of the office rather than the office-holder. A prime minister responding to a national emergency, for instance, or representing our country in times of grief or alarm.

John Key does these well, in my opinion. His everyman, guy-next-door likability serves him, and he delivers the (no doubt scripted) appropriate words appropriately and with an apparent sensitivity which goes over well.

His role in that moment is not to ‘solve’ the problem, but to help ‘salve’ our pain. He represents us, offers sympathy on behalf of us all, evokes community solidarity and promises of collectivism the detail of which will follow later. Think of his appearances at the Pike River miners’ memorial, at the Christchurch earthquake services, and other episodes of national shock and mourning.

So it was yesterday, announcing the sobering details (gut-wrenching for those of us with loved ones serving in the military in Afghanistan) of the deaths and injuries inflicted on NZ Defence Force personnel over the weekend.

Credit where it’s due. He is a good communicator in those situations.