The challenge for big-J journalism: Distinguishing itself from untruthful wannabes and partisan blogsters 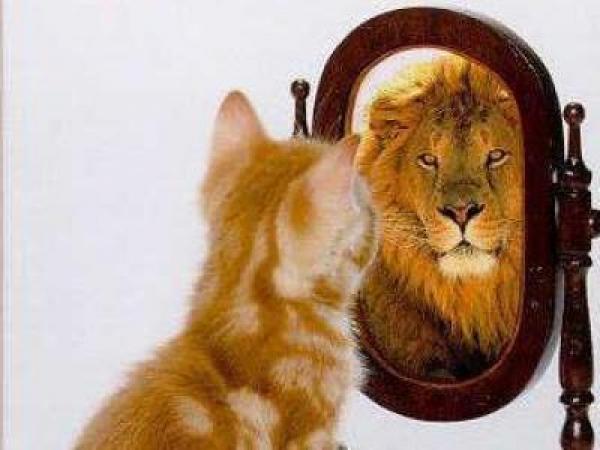 This article from internet thinker Marc Andreessen (ex Netscape) is worth a read — and then worth working through for implications about the changing media landscape … whatever your role in it.

The Future of the News Business

I am more bullish about the future of the news industry over the next 20 years than almost anyone I know. You are going to see it grow 10X to 100X from where it is today. That is my starting point for any discussion about the future of journalism. Here’s why I believe it, and how we will get there.

Journalism has changed
There has been a fascinating change in the traditional journalistic press over the last several years. Take corrections as an example. It used to be that corrections to printed news stories were a really big deal. There was a high bar to get a correction accepted in a newspaper or magazine. The story as printed was the permanent record.

Now, even top print newspapers and magazines frequently revise stories online, sometimes dozens of times, often without tracking changes or acknowledging a change has been made. There are two ways to view this. The glass-half-full-view is that stories get better and better over time, vectoring ever closer to the truth. As a result, overall accuracy goes up over time. That is good for publications and journalists, and also good for their subjects.

The glass-half-empty-view is that the quality bar for an initial post can be lower. Sloppy stories get published since they can always be corrected later, as much or as often as needed. This gets us into deterministic “truth” versus probabilistic “truth” territory. In other words, from: Here it is, take it or leave it, to: Here it is, subject to arbitrary ongoing revision.

For better or worse (and maybe both), print journalism is converging in technique and quality towards blogs and Wikipedia. Ed Bott fully decoded this with his original NSA PRISM news stories. Given that change, and the easy slide into probabilistic “truth,” I am very interested to see how Journalism with a capital J can maintain its reputation for truth and accuracy versus upstart blogs and Wikipedia. For Journalism – big J – the stakes are very high if that reputation is lost.

But it may be that all journalism wins. Maybe we are entering into a new golden age of journalism, and we just haven’t recognized it yet. We can have the best of all worlds, with both accuracy rising, and stories that hew closer to truth. …

Read on at Marc Andreessen’s blog

There are some ‘news values’ that are, or should be, indissoluble. In his introduction, Andreessen fingers two of them: truth and accuracy.

My own discussions about these matters with other journalists and media/internet types and certain others (including ‘blogsters‘ in the PM’s parlance) have led me to see some operators as more than willing to sacrifice truth and accuracy. Their goal is to make a noise, gather an audience (even jeerers) at almost any cost, or predominantly to ‘land a blow’ on a perceived political enemy, or a rival in some other arena. I also perceive a contempt for their readers.

The clash of cultures when professional journalists encounter deliberate loutishness by cynical propagandists can be quite profound, as we discussed in Part of the news media? or a “PR blog” dedicated to “destroying” reputations?

If someone claiming ‘news medium’ status (and with it, grasping for certain protections connected with disclosure of sources in a defamation trial) abandons truth and accuracy to indulge in a protracted campaign of denigration of an individual (politician or not) or against an identifiable group (say, teachers, watersiders, trade unionists) or a even a province (e.g. West Coasters as ‘ferals’), it seems to me they’re moving far away from journalism, except as schtick. Or a fig-leaf.

I’m not saying that every ‘news medium’ wannabe like, say, an attack blog which dresses up in faux news site garb — complete with news site language like ‘Breaking’ or ‘Exclusive’, touting ‘Stories’ based on its own ‘Investigations’ and ‘Sources’ etc — needs to adopt the news standards of, say The Dominion Post or NZ Herald or a national media network subject to the Broadcasting Act and Broadcasting Standards.

There is some slack, especially in regards to opinion and editorial matter. Of course there is.

Also, in my view, for amateurs there’s an allowable idiosyncratic choice of focus and fair expression of a point of view. Less-than-professional-quality ‘reporting’ drenched with ubiquitous ‘opinion’ can, possibly, be promulgated without fatally compromising the integrity or fairness of the observer or their platform. But only up to a point. (Which point? Well, like Justice Potter Stewart’s famous comment about defining hard-core pornography: “I know it when I see it.”)

Working to an ‘agenda’ — to say, affect the outcome of an election or referendum by deceitfully attacking ‘the other side’ — in effect moving from observer to activist, for me that’s a step too far. Taking such a position and acting on it can be seen as a luxury which costs credibility.

I know there’ve been a few chuckles about the State Services Commission training video on State sector neutrality, but the message is actually a good one, when boiled down, and a few people who fancy themselves (or promote themselves) as ‘news medium’ could absorb something of value from it.

Being opinionated is one thing. Queering the pitch, expressing bias in one’s reporting, or, for heavens sake, effectively being part of a Party’s election campaign machinery when an audience is expecting truth and accuracy — that’s another. Especially, if part of the campaigning for your preferred Party is to attack real news media as ‘biased’ or ‘inaccurate’, or ‘in the opposition’s pocket’ because their reporting of your Party displeases you.

That’s just cheap partisanship and garbage, and nothing at all to do with ‘new media versus mainstream media’.

Now, does all this mean reporters should allow themselves to be ‘played’ and spoon-fed talking points or spin (whether by government, opposition or the various players seen as up-and-coming?) and credulously repeat/report it without examination? No, of course not.

Many journalists, particularly those in the press gallery, develop a professionally defensive each-side-is-as-bad-as-the-others cynicism. Yes, it can be unattractive, but you can see the reasons for it. No journo wants to be seen as ‘in the tank’ for any political player … unless they’re gearing up to cross the bridge and go to the dark side. It happens.

Still, the competitive environment has an impact — so too does the obvious phenomenon of experienced old pros moving into ‘communications’ roles where they’re better resourced and take a longer strategic view than most of the news media — which is, by definition, reactive most of the time.

I know when I was in the press gallery during a change of government for a little while the balance swung the media’s way — until the government communications machine spun into gear. For us journos it was like shooting fish in a barrel, with our once-Opposition, now-Government contacts acting all loose and undisciplined … making the truth easier to obtain. As I say, until the machine got going.

Sometimes it seems pretty clear from the presentation of news and newsmakers that a value judgment is being expressed by the reporter — whether the journalist’s, the news organisation’s or its owners’. The National Business Review, for instance, seems to take editorial positions, and judging by its treatment of its former Chief Reporter, sometimes to police them.

When members of a news medium run ‘campaigns’, or tell us as readers/viewers how we ‘ought’ to regard a matter or a person, at that point the medium has ceased being merely the medium — and that’s another topic. See: ‘Being the medium‘.

Saturday Night Live producer Lorne Michaels in an interview with Vulture said this well, in my opinion.

But we’ve never been agenda people. Our job — and it sounds too grand to say and none of us ever say it — is speaking truth to power. I’m registered as an Independent, not because everything that we do would be undermined if we were partisan — Jon Stewart has that role. Us? Theoretically, whoever it is in power, we’re against them.

… which reminded me of Richard Long and A cynical definition of ‘journalistic balance’.