The ancient (and dangerous) model of leadership 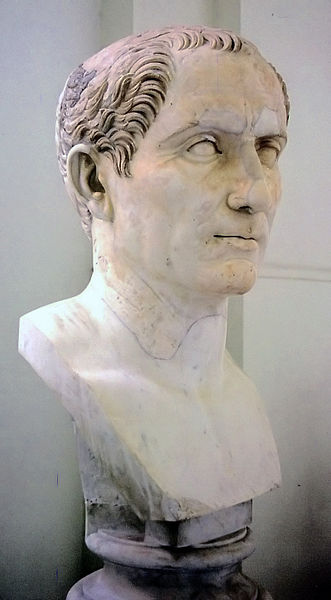 Bust of Gaius Julius Caesar in the National Archaeological Museum of Naples. Taken by Andreas Wahra in March 1997. (pic: via Wikipedia - click)

Sudden death or death by a thousand cuts?

I learned pretty much all I needed to know about political manoeuvring, frustrated ambition and Olympic-level backstabbing when I covered local body politics — the ‘civics’ round — in Wellington for NewstalkZB, before going on to the Parliamentary press gallery.

In my experience at that time, the Wellington City Council and the Wellington Health Board were the most trenchant, with Labour politicians and their faux-National Party Citizens & Ratepayers opponents clawing, scrambling, struggling for ascension in vulgar and awful ways. It was real Lord of the Flies stuff.

I saw naked, ugly ambition and the politics of personal denigration, if not destruction, as they were on display night after night over stewed tea and sausage rolls.

Both sides courted members of the media using favouritism, ‘access’ and selective leaks … and tidbits of gossip.

As far as reporting was concerned, I don’t mind admitting I was comprehensively outgunned by the Evening Post‘s highly competent Sue Chetwin (Sue’s now the boss of Consumer) who was well-connected, and seemed to me to possess and dispense the catnip that politicians crave — lots of space in her paper for glorious coverage of their grandstanding and pet projects. Good for her.

Trying to keep up with Sue’s performance, and occasionally breaking scoops of my own, taught me a lot about developing sources … and the value of roaming the corridors of the Town Hall and executive building reading noticeboards and ducking into offices for a quiet word.

But as well as the entrenched and crusty left/right, wet/dry cross-party rivalries, a crop of talented newcomers and lieutenants were seeking advancement within the established power blocs. Some, as local National Party hero Jami-Lee Ross has recently managed, sought to use local body politics as a platform or stepping-stone to national politics. God help them.

One of the things I noticed was most politicians demonstrate a kind of nervous and twisted scarcity mentality — in many cases characterised by a perverse disinclination to share the spotlight or share credit. I never figured that out: it’s a wariness and lack of ‘team play’ … which sometimes shows up as court intrigue, then internecine warfare … even within the same Party.

Some personally compelling, attractive politicians seem to make surprisingly little or no allowance for team loyalty or compromise. They seem to live by the affirmation: ‘It’s all about me’. When push comes to shove, personal ambition often trumps team goals.

Given the adversarial win/lose ethos of democratic politics, matters (sadly) often decay into a ‘contest of votes’ rather than a ‘contest of ideas’. Which is bad.

Leaders get knocked off by their team mates.* Lieutenants get sacrificed to delay the day of decapitation.

* The list of leaders rolled really is too long to contemplate.