« Take it easy this Christmas.
Writing »

Tariana Turia has made a mark

There’s a worthwhile profile of Maori Party co-leader Tariana Turia in the Dominion Post today. Ms Turia announced her intention to retire before the 2014 election recently. I’ve always respected this thoughtful, courageous woman … who is much more than a politician.

I remember interviewing her during last year’s general election when her former colleague, off-shoot Mana Party leader Hone Harawira called on the Maori Party to “come clean” and declare their intention to coalesce with National after the election.

“First of all, we’re not dirty,” Mrs Turia said, deftly refusing to buy Mr Harawira’s spin, nor to let him define the bounds of the debate. The Maori Party would, she said, as before, wait for the election result and consult their support base about the path forward.

Mrs Turia has framed her own support for anti-tobacco legislation in terms of saving her people’s lives. And good on her. Maori are so over-represented in smoking statistics, death from tobacco statistics, something HAS to be done — despite the aggressive, squealing threats of the Big Tobacco death merchants and their gums for hire determined to spin their amoral “but-it’s-a-legal-product” line until their (and their customers’) last gasp.

I wish her well. 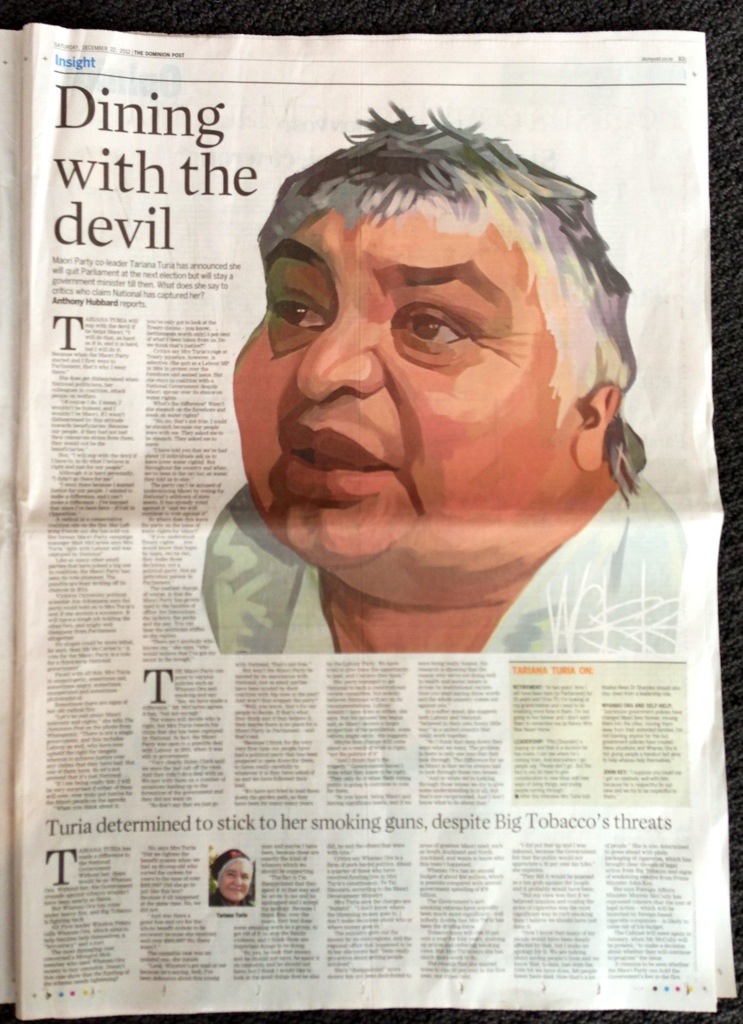