This is a photo by White House official photographer Pete Souza of a version of US President Barack Obama’s draft speech notes marked up for changes.

When he’s ‘on’ Barack Obama is a fine orator — possibly the best of his generation. What this photo shows me is that he really works to polish and prepare. And fair enough. He’s in the big leagues. 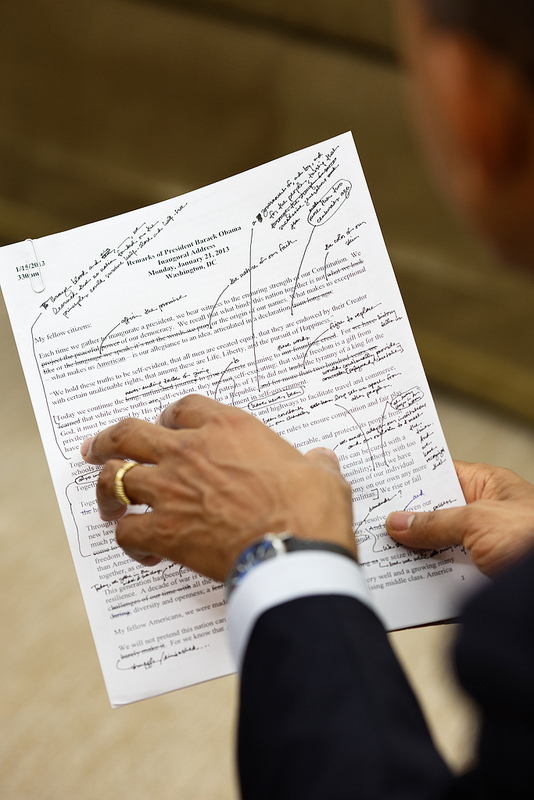 President Barack Obama works on his inaugural address with Jon Favreau, Director of Speechwriting, not pictured, in the Oval Office, Jan. 16, 2013. (Official White House Photo by Pete Souza) Click to view it at Flickr

I’m reminded that Ernest Hemingway talked about getting started writing by accepting the fact that you will write a “shitty first draft” … and then have something to IMPROVE.

That’s a good lesson I’ve used myself and passed on to other authors.