Stephen Fry on the joys of swearing

I agree with this: 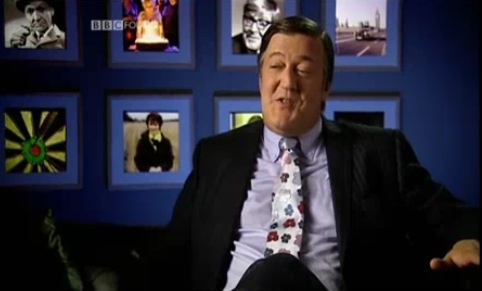 Click to watch video after the jump or 'more..'

That said, I’ve seen the real ‘shock’ effect an outburst of hot, emphatic ‘foul’ language can have on people, including kids — but it’s the intent and tone, I think, rather than the words themselves that can have that impact, in my view. Nasty, cutting remarks or bullying abuse are quite a separate thing to using ‘naughty words’.

My wife tells me there’s research that indicated swearing increases one’s tolerance for pain — women in childbirth etc. I don’t know about that, but it sounds right.

If you like Fry (as I do) something else good from him is his 1995 eulogy of Peter Cook available at YouTube, thanks to some kind soul.