« Speaking of comparisons to Stasi surveillance …
‘radically attenuating his own posterity’ »

State surveillance as a tool against dissent. Lack of ‘patriotism’ as the easiest smear.

Earlier I linked to a NY Times video/upcoming book promotion revealing the source of leaks about the FBI’s sometimes illegal COINTELPRO activities against individuals and groups exercising their democratic right to express dissent with government policy.

Reading about the state-sponsored surveillance of such ‘dissidents’ and ‘left-leaners’ put me in mind of the way the NZ prime minister last year dissed New Zealanders who rallied and marched against his proposed extension of powers of the government spy agencies he controls (GCSB & SIS — both apparently routinely seconded to assist other agencies such as NZ Police) as ‘either politically aligned or misinformed’. (See; With respect, Mr Key, you misjudge me.)

Mr Key was marginalising the dissenters, in other words, and floating a justification for ignoring the voices raised in protest. (An old trick. Mr Key and his colonels used roughly the same MO to dismiss the anti-state asset sales referendum, concerns about the Sky City Casino pokies for convention centre deal et al. As it ever will be with governments of the Left or the Right.)

It seems likely the state security agencies had the organisers of those anti-GCSB bill rallies under surveillance … possibly complete with infiltration by undercover agents (I mean, why wouldn’t they?) And it seems equally likely that those citizens who took part in the events were photographed etc. — perhaps as part of that same ‘security’ operation. 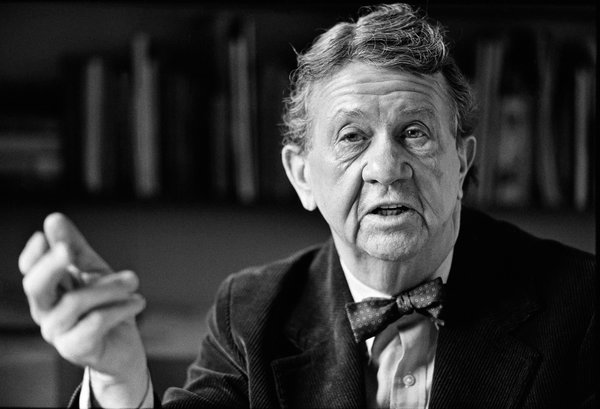 Penn Kimball – from his NY Times obituary ‘Penn Kimball, Journalist Who Sued U.S., Dies at 98’ 12 Nov 2013 (click) He outlived most of his accusers.

And who knows where that will lead?

I’m reading a fascinating book, referred to obliquely in Christopher Hitchens’ memoir Hitch 22. The book is THE FILE by Penn Kimball, published in late 1983 (virtually 1984, which is kind of appropriate).

THE FILE is the story of how a Kimball, a journalist who served as a marine in active service in WW2, was vetted for a Foreign Service job, and, as a consequence, a secret security file (geddit?) was opened on him — despite his actually declining the job offered to him of Vice Consul in Saigon. A series of investigations (kept secret from him, naturally) saw the FBI and State Department eventually classify him a security risk and possibly a ‘secret member’ of the Communist Party but ‘too clever’ to be caught as such …

Thomas Powers, reviewing the book for the New York Times summarised the book under the tile Ordeal by Hearsay put it like this:

IN 1946, Mr. Kimball had applied to join the Foreign Service. He passed the various examinations and was offered a post in Saigon. But he decided to take a job with Time magazine instead and requested a postponement. It was granted. His application had triggered a routine background investigation. One informant suggested that Mr. Kimball’s employment at PM ”might indicate his sympathies.” The F.B.I. was invited to join the case by the State Department’s director of security, Robert L. Bannerman. The initial check concluded Mr. Kimball was no security risk, but a second said he was. A third investigation was undertaken when another official at State thought the latter conclusion rested on shaky ground since it consisted mainly of hearsay and disregarded the testimony of leading journalists and Government officials – men like David Lawrence of U S News and World Report, Kenneth Crawford of Newsweek and Philip Kaiser, later an ambassador under Presidents Kennedy and Carter – who said Mr. Kimball was able and conscientious, loyal and reliable, a model citizen eminently qualified to serve the Government.

But along the way unnamed informants – peripheral figures in Mr. Kimball’s life, some of whom he managed to identify after he got his file – kept saying he was a liberal, or ”Communistic,” or at least definitely not on the side of the anti-Communists. James Wechsler, the editor and columnist of The New York Post who died recently and who had worked at PM, told the investigators that Mr. Kimball was not on his side, the anti- Communist side, at least in the ideological wars that bedeviled PM and split the members of the American Newspaper Guild who worked there into bitter factions. Mr. Kimball hoped that Wechsler’s testimony now would clear him in a new hearing if he could obtain one. Wechsler did everything he could to avoid discussing Mr. Kimball’s file with him, but finally he did. Mr. Kimball says, ”Once I knew the identity of a confidential source, I could persuade a fair-minded person to look at the case against me in the proper context. Wechsler, for what it was worth, had denied the accuracy of the statements attributed to him and cast doubt on the competence of the special agents who had interviewed him.”

A ”supervisor” at Time drove in the final nail with a claim that Mr. Kimball was ideologically untrustworthy. Mr. Kimball managed to guess the identities of some Government informants, but others eluded him and he made a determined, even obsessive, attempt to figure out who they were. ”It takes a while to sense the full bouquet of a government security file,” he writes. The ”charges” against him boil down to casual remarks overheard in corridors by colleagues. In November 1946, Mr. Bannerman summed up the case against Mr. Kimball as ”a definite security risk” and the verdict was accepted by the State Department.

Hitchens, in recommending the book, slams Arthur Schlesinger Jnr ‘famous Kennedy suck-up’ for being one of the FBI’s ‘confidential informants’ against Kimball. Indeed, it was the discovery of Schlesinger’s ‘confidential memo’ about Kimball — distributed to several other senior newspaper men in an apparent effort to influence them against Kimball — that sparked Kimball’s long unravelling of the smear against him as ‘disloyal’ and ‘a security risk’.

Then today I read that Daniel Ellsberg (a la The Pentagon Papers) has just learned via Reddit that he was under surveillance by the Nixon Administration prior to the release of the Pentagon Papers.

… Well, in answer to your question, I just became aware of some surveillance on me (BEFORE the Pentagon papers came out) ten minutes ago, from your link. I was being surveilled because I was a witness in a criminal trial of draft resisters, some of the Minnesota Eight. Their very good lawyer has been accused, I don’t know on what basis, of having been a Communist. And that allegation was not of particular significance to the DOJ UNTIL, months later, he was associated with me, after the Papers came out. Likewise, the president is heard discussing with Haldeman on these transcripts the need to go back over earlier (illegal, warrantless) wiretaps–of journalists and White House officials, on which I was overheard–to see what might look significant now, in light of the release of the Pentagon Papers.
That’s what I’ve been talking about in earlier answers: the ability of the government to go back to taps collected years earlier to look for material with which to influence potential witnesses in the present. …

It really is feeling like ‘Business as usual’ for governments to monitor so-called dissident elements, routinely infringing their civil liberties, and setting up secret files … with little or no ‘right of reply’.

Penn Kimball’s book THE FILE is available as an e-book from the OpenLibrary.org. (It’s checked out at present — that’s me.)

There are echoes of the same inane question ‘How can you say you love your country and be opposed to illegal government agency actions?’ or the proposition that critics of government agency actions are somehow ‘ideologically untrustworthy’ in Alan Rusbridger’s very good article in The Spectator today: Ten reasons why conservatives should take Edward Snowden seriously … with a subtext (it’s in the link) ‘Edward Snowden is no leftie’). 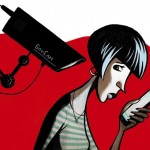 Towards the end of last year Tom Stoppard gave a rather brilliant PEN/Pinter lecture on freedom of expression which was, in part, a kind of love letter to the place which has been his home since 1946: ‘There is no country in the world I would rather be living in, no country where I would feel safer.’
Later in the same lecture he listed his own ‘obsequies over the England we have mislaid’. The list began: ‘Surveillance, mis-selling pensions and insurance. Phone hacking. Celebrity culture. Premiership football. Dodgy dossier. Health and Safety. MPs’ expenses…’ And so on, before underlining his own personal mantra on human rights: ‘A free press makes all the other freedoms possible.’
I found myself nodding at all three themes of the lecture. I too can think of no country in which I’d rather live. There are things happening in the country which are dismaying, if not positively alarming. And no freedom is possible without a free press.
It had not struck me that these positions could be thought incompatible until about ten minutes into an appearance before the Commons Home Affairs Select Committee a few weeks later when the chair, Keith Vaz, asked me: ‘Do you love this country?’
One paper reported the question caused me ‘visible discomfort’. I was certainly surprised. Was it really unpatriotic to believe in the necessity of a strong intelligence service; to be deeply concerned at some aspects of its operations; and to assert the duty of journalists to stand aside from power in order to scrutinise it?

Patriotism — the last refuge of the scoundrel (Johnson) … and also, it seems, an allegation or smear that it is lacking is one of the first and cheapest bits of mud thrown at any who dare to speak up.

Rusbridger’s point that Snowden might be more properly classed as a libertarian than a leftie (‘Snowden himself is not a liberal but a libertarian conservative.’) is a good one too, it seems to me. Yep.