« Don Draper is the devil?
Bishop Eddie Long — the unravelling of bling theology »

Um, by golly. I don’t like the sound of that. 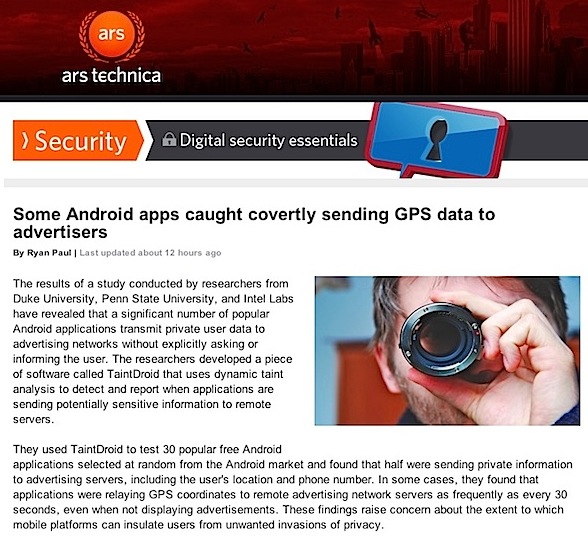 They used TaintDroid to test 30 popular free Android applications selected at random from the Android market and found that half were sending private information to advertising servers, including the user’s location and phone number. In some cases, they found that applications were relaying GPS coordinates to remote advertising network servers as frequently as every 30 seconds, even when not displaying advertisements. These findings raise concern about the extent to which mobile platforms can insulate users from unwanted invasions of privacy.

I remember reading about a Disney-branded cell-phone you could buy your little darling, with built-in GPS tracking — but that’s for YOU to help keep an eye on where YOUR FAMILY member was.

That’s a far cry from an advertiser tracking your movements by GPS.