« Hey kids. Be smart. Be like Todd Barclay. Don’t talk to the police.
“Let’s put aside the obviously cynical nature of [Simon] Bridges’ faux-outrage …” » 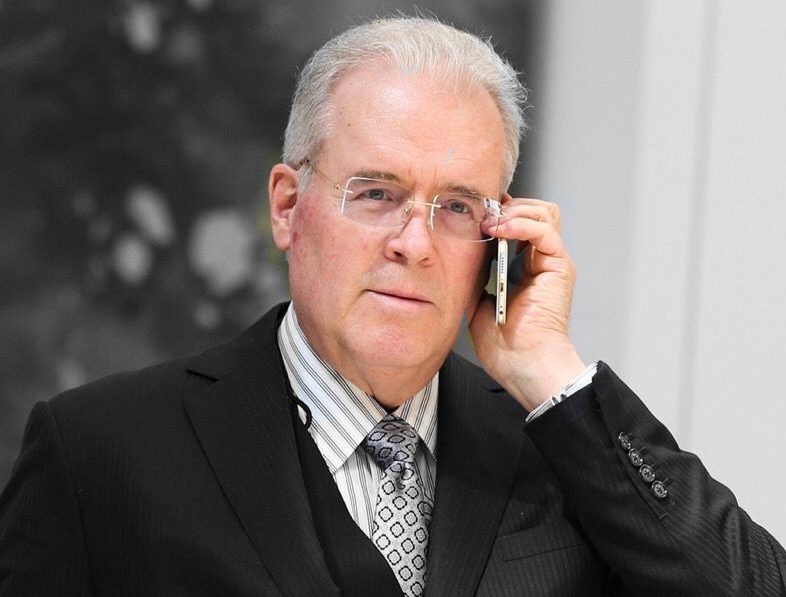 Robert Mercer is a ‘hedge fund billionaire’ who has used his money to enable hate speech, white nationalism and islamophobia – mainly through funding the toxic ‘new media’ organ Breitbart News, and his financial backing for Donald Trump’s election campaign. Mercer family interests have also, it seems, until very recently, backed the rise of provocateur Milo Yiannopoulos, an English personality (permanently banned from Twitter) whose propaganda/writing was recently exposed by Buzzfeed News as heavily influenced by neo-Nazis and other deplorables. (They love it when people call them that.).

Yiannopoulos is a hero to the derivative copycats at a local hate blog. Its owner-operators appear to be big Milo fans who also extol and overtly set out to ape the Breitbart fake news operation – complete with its two-faced stance on the use of boycotts to exert pressure on advertisers.

Ironically, just like Cameron Slater, Yiannipoulos has been shown to repeatedly publish ghostwritten attack material under his own name, as if it was his own writing. (A thoroughly shabby practice, in my view, as we have discussed before.)

Buzzfeed’s exposure last month of Yiannopoulos’ role collaborating with neo-Nazis, and his (hidden, successful) moves to inject White supremecist propaganda and ideology into Breitbart (Here’s How Breitbart And Milo Smuggled Nazi and White Nationalist Ideas Into The Mainstream) was significant.

Reporter Joseph Bernstein reproduced leaked emails and messages (stop me if you’ve heard this before) which shed light on the skulduggery – and also on the Mercer family’s significant and ongoing behind-the-scenes financial and other support for Yiannopoulos.

But that was then. Bernstein’s reporting has changed things. That’s the best kind of journalism, in my view.

So, now it’s just emerged, through a statement from Robert Mercer that he’s calling ‘Time’s up’ on his involvement with Breitbart and Yiannopoulos. Well, sort of.

Without individuals thinking for themselves, society as a whole will struggle to distinguish the signal of truth from the correlated noise of conformity. I supported Milo Yiannopoulos in the hope and expectation that his expression of views contrary to the social mainstream and his spotlighting of the hypocrisy of those who would close down free speech in the name of political correctness would promote the type of open debate and freedom of thought that is being throttled on many American college campuses today. But in my opinion, actions of and statements by Mr. Yiannopoulos have caused pain and divisiveness undermining the open and productive discourse that I had hoped to facilitate. I was mistaken to have supported him, and for several weeks have been in the process of severing all ties with him.
For personal reasons, I have also decided to sell my stake in Breitbart News to my daughters.

Rick: How can you close me up? On what grounds?
Captain Renault: I’m shocked, shocked to find that gambling is going on in here!
[a croupier hands Renault a pile of money]
Croupier: Your winnings, sir.
Captain Renault: [sotto voce] Oh, thank you very much.
[aloud] Everybody out at once!

Oh Robert, you were shocked?

So… Robert Mercer announced he is selling his stake in Breitbart to his daughters – which raises the question: What? How is that better? A Nazi-infiltrated Breitbart is too ugly for Robert Mercer to personally own, but it’s perfectly A-OK for The Mercer Group (run by daughter Rebekah) to persevere with? Hmmm.

An observer could be forgiven for supposing a politically-connected, savvy businessman like Robert Mercer knew exactly what kind of people and politics he was funding with his millions.

Beyond donating to political campaigns, Mr. Mercer was a large financial backer of Cambridge Analytica, a voter-data firm that worked with the presidential campaign of Mr. Trump.

Buzzfeed News reproduced the Mercer note to staff announcing his I’m-not-retiring-just-stepping-down-from-the-role-of-co-CEO of the hedge fund.

That sentence in which Mercer throws Milo Yiannopoulos under the bus (‘I was mistaken to have supported him, and for several weeks have been in the process of severing all ties with him’) has no doubt has seen Milo’s world shrink. (I mean that ‘bus’ thing figuratively, but the original Bernstein/Buzzfeed report mentioned that Spencer family funds were paying for Milo’s personal security, so, golly.)

First Breitbart, Simon & Schuster, now the Mercer patron himself, have reached the conclusion that the vociferously attention-seeking Milo Yiannopoulos is just too radioactive or toxic to embrace. (‘Never hug a corpse’ the ugly political ‘rule’ reads.)

There’s no question that a huge worldwide market exists for white nationalistic propaganda-spouting hate speech; and further, that deceitful, manipulative rissoles will exploit it to try to get rich ’n’ famous.

In a way I’m pleased that in Robert Mercer’s case at least, when the nature of the hate-monger that his money was feeding became undeniable, something changed. But by the sound of it, it was only when Mercer was confronted with a loss of personal respect and, according to Buzzfeed, anger within his own company, that he moved to distance himself.

When exposed, his patronage of the Breitbart agitprop operation and cynical opportunist, attack artiste and plagiarist(?) Milo Yiannopoulos, made Mercer look shabby and he got uncomfortable. That’s how it looks, despite how his statement is framed.

Or, it could be the latest step in a long tax dodge?

McClatchy’s DC bureau reported ‘Billionaire Robert Mercer did Trump a huge favor. Will he get a payback?‘

The Internal Revenue Service is demanding a whopping $7 billion or more in back taxes from the world’s most profitable hedge fund, whose boss’s wealth and cyber savvy helped Donald Trump pole-vault into the White House.
Suddenly, the government’s seven-year pursuit of Renaissance Technologies LLC is blanketed in political intrigue, now that the hedge fund’s reclusive, anti-establishment co-chief executive, Robert Mercer, has morphed into a political force who might be owed a big presidential favor.

It’s really worth reading the McClatchy report in full to get a clearer idea of how the Mercer millions have been deployed. Quite breathtaking.

UPDATE: Oh look, Milo has already pushed back on the hand that so recently fed him… Milo Yiannopoulos Launches Daily Caller Column, Takes Swipe at Ex-Benefactor Robert Mercer at www.thewrap.com

“This week I have been accused of causing ‘pain and divisiveness.’ I should hope so. A terminal disease in contemporary American culture is niceness. Appropriateness and earnestness are this country’s cardinal sins,” Yiannopoulos wrote. “The Left can only win by forcing us onto the uneven playing field of political correctness and constructive dialogue. I choose war.”

That “I choose war”, thing is reminiscent of the bitter whining of Andrew Breitbart. You may recall, I examined his divisive bullshit and clipped his grievance-building rhetoric together from a promo while he was alive. See:

— from a 2012 discussion about White militancy here in New Zealand Warnings of militancy. Not just an ultra-right than.

For more discussion about Andrew Breitbart see his tag.