« The escape of exnzpat, Part 8
How we got to charter schools »

Psst! I don’t think ‘Samantha’ is a real person

File this under ‘Trivial, but entertaining’…

Hey, let me be clear: People are entitled to their privacy. (And this is No.Big.Deal.) 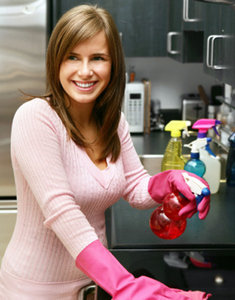 By a quirky coincidence*, I noticed a new Twitter follower of The Paepae, Auckland’s ‘Samantha Seers’ has an image file named ‘woman-spring-cleaning-lg.jpg’ as her profile pic.

… with instances appearing on websites for domestic cleaners, home help and maid services from London to Bulgaria and even (shudder) Russia (see catalogue image below). 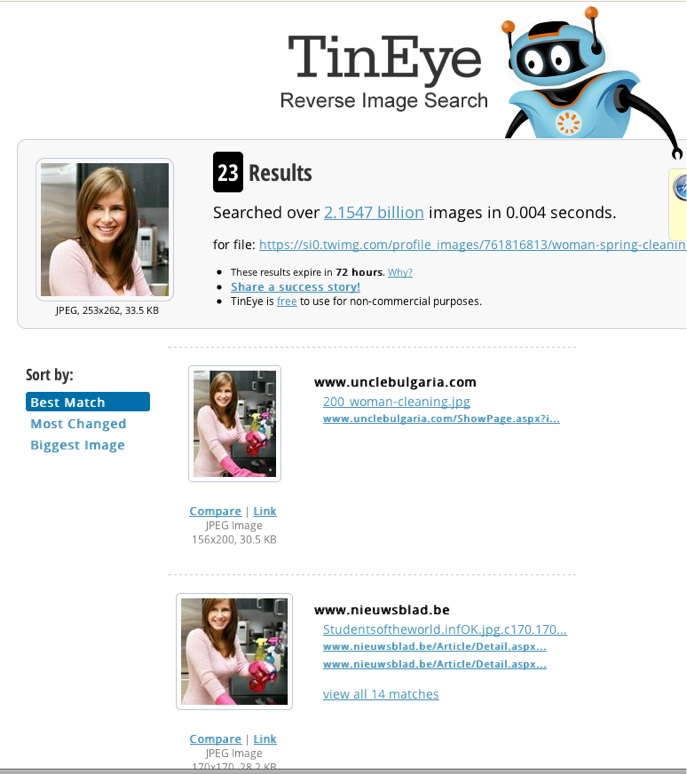 TinEye.com found that Samantha's photo is used all over the world. In 0.004 seconds! Amazing.

The facebook page cited on ‘Samantha’s’ profile doesn’t seem to work either. But that could be a privacy setting, I guess. (So why quote it on your Twitter profile?) 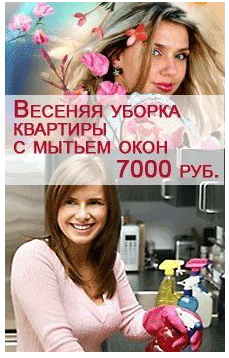 Auckland's Samantha Seers is a Russian covergirl? Kicking it!

‘Samantha Seers’ follows thousands of people on Twitter and, in turn, has thousands of followers too. (A lot of people have a policy, some a setting, which automatically ‘follows back’ any Tweeters who follow them.)

But, between you and me: Psst! I don’t think ‘Samantha’ is a real person.

*How it happened: I noticed a new Twitter follower and clicked on ‘Samantha’s’ photo to see if I recognised/knew her … and saw the file name was “woman-spring-cleaning-lg.jpg“.

I thought: That’s a weird file name for a snapshot. (My own profile image file name is “peter-illus-sketch-fr.jpg” which sure, is more complex but also more ‘real’.) The rest you can see outlined above. Just a few clicks. As I said: trivial.