« Following through on a complaint to TVNZ re Mike Hosking’s lack of fairness
Carrick Graham, vendettas and miasma »

Evoking FUD (Fear Uncertainty and Doubt) is a tactic commonly used by tobacco lobbyists and climate change denialists – attempting to impugn the veracity of evidence. In this case the Prime Minister’s empty smear has been exposed … 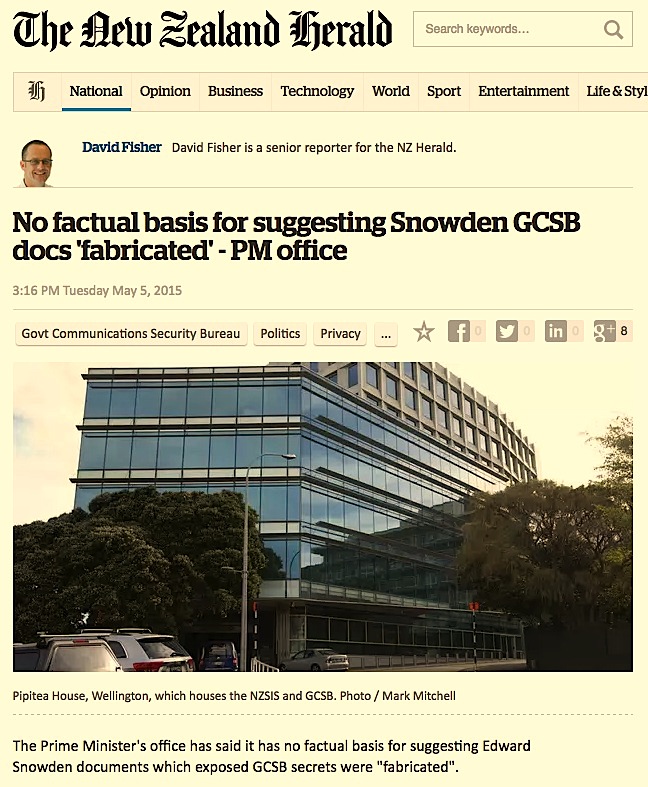 The Prime Minister’s office has said it has no factual basis for suggesting Edward Snowden documents which exposed GCSB secrets were “fabricated”.
… The “fabrication” claim has been part of the Prime Minister’s standard response to revelations of activities carried out by New Zealand’s electronic eavesdropping agency.

… The Herald sought any information held by the Prime Minister which informed him or his office over the alleged “fabrication”.
The Prime Minister’s chief of staff Wayne Eagleson said “no information has been identified”. He said the PM’s office had to refuse the [Official Information Act] request because the “information requested does not exist or cannot be found”.

Pretty shabby work from the Prime Minister’s Office. Just what we’ve come to expect. Good on David Fisher for calling them on this BS.

Mr Key’s penchant for personally smearing the integrity of journalists and others with embarrassing or inconvenient evidence is well-established. (viz. Nicky Hager, Jon Stephenson, Bradley Ambrose.)

It has always been, in my view, one of Mr Key’s least attractive traits*, and this time his office has been caught out doing it again, with no real basis.

* See Are you dating a tyrant? Take our simple quiz to find out!