« Tumblr makes us LIARS
Free access to information … to ‘hate’ it? »

Origin of the word ‘deadline’ 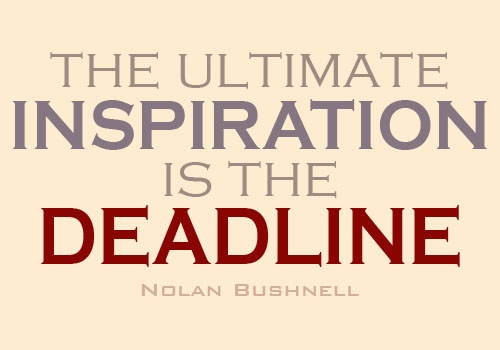 I visited my pal and fellow publisher Roger briefly in Wellington last week. One of the many things we share in common is a quirky interest in words — old or new, interesting words and unusual derivations. Roger mentioned the word deadline which we live and die by (ahem, not literally, keep reading) in publishing and the media had its origin in military prison — referring to an area around a military penal institution outside of which prisoners were liable to be shot … by their guards.
As in, Cross the line: shot, like, dead!*

I was agog and looked it up, sure enough, there’s a prison reference in Oxford (right), also in Wikitionary, but angling seems older …

The context of a due date originated in journalism, probably from an earlier usage in printing, representing a guideline marked on a plate for a printing press (inside which all content should appear). According to the Oxford English Dictionary, early usage refers simply to lines that do not move, such as one used in angling; slightly later American usage includes a boundary around a prison which prisoners must not cross.

Noun
deadline (plural deadlines)
A date on or before which something must be completed. ‘I must make this deadline or my boss will kill me!’
(archaic) A guideline marked on a plate for a printing press.
(archaic) A line which doesn’t move.
(archaic) A boundary around a prison.

… does anyone have any other sources?

* Which reminds me of a graphic I saw on a TV tower in Singapore — I asked my friend naively what the sign meant (it looked in part like a soldier aiming a rifle) and she said, ‘You climb the tower and we shoot you!’ Oh.