The police think reducing a device’s ability to be reset after theft from its lawful owner will reduce the market. Hence, as Michael Hoffman (@Hoffm) discovered, NYPD are promoting the new security feature of Apple’s iOS7 … with a public information campaign.

Four uniformed NYPD officers were at my subway stop tonight asking me to upgrade to iOS 7. Not a joke! pic.twitter.com/CGdR2RqtKJ 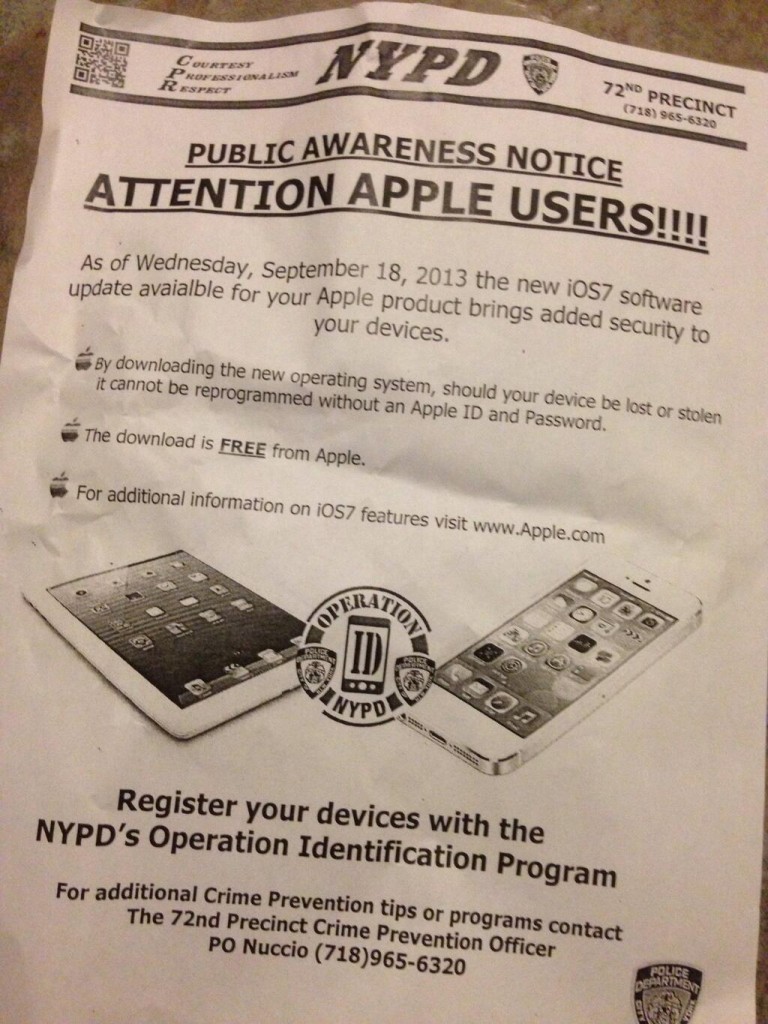