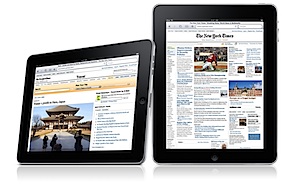 Apple has published some guidelines for software developers — telling them (broadly) how it decides which Apps/programmes can be sold in its App Store. Among them, this:

In the guidelines, Apple draws a line between broader expressions of freedom of speech and the App Store.
“We view Apps different than books or songs, which we do not curate. If you want to criticize a religion, write a book. If you want to describe sex, write a book or a song, or create a medical app,” the guidelines say.
Apple also says it will block applications that don’t do “something useful or provide some lasting entertainment.”
“We don’t need any more Fart apps,” Apple said, referring to prank programs that let off noise. — AP story at NZ Herald

I don’t have a problem with any of that. They’re not running a kids’ talent show. Even then, they’d have limits.

What am I missing?

I love the casual language of some of the guidelines:

And this made me chuckle…

14.1 Any app that is defamatory, offensive, mean-spirited, or likely to place the targeted individual or group in harms way will be rejected

14.2 Professional political satirists and humorists are exempt from the ban on offensive or mean-spirited commentary

Professional? Que? Definition, please.
—
PS I read the AP writer’s perspective paragraph: “The move follows more than two years of complaints from developers about the company’s secret and seemingly capricious rules, which block some programs from the store and hence Apple’s popular iPhone, iPad and iPod Touch devices.” and laughed.

Yes, some complaints, but a truckload (like, millions) of Apps developed, marketed and SOLD through a marketplace that even didn’t EXIST 3 years ago. I call that an injection of life. He’s focussing on a relatively few complaints about images of nipples being disallowed or bone-stupid time-wasting apps. Like we need those. Man.