« See? This why I just don’t trust Google
Co-ordinated social media warfare? Say it ain’t so! »

My two favourite right wing vixens Louise Mensch and Cathy Odgers (Cactus Kate) have, for the moment, moved on from right wing politics and launched into the highly competitive, challenging arena of skincare and make-up product reviews and beauty tips. (No kidding.)

These two women certainly don’t need to soften their image as far as I’m concerned, but, oh well …

Louise, who I quoted earlier saying: “Are you trivialising the sisterhood if you dye your hair or have your eyebrows threaded? The answer is no” posted a pair of engaging instructional ‘video blogs’ two days ago …

I don’t know about you, but I find her likeable and engaging. As I did in this: An entertaining discussion of privacy and name suppression. 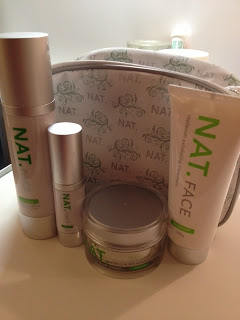 Over the years I have struggled to find a skincare “system” suitable for the sensitive petal I am and capable of managing the usual smoggy pit of my surroundings. Add to that travelling, air conditioning, stress, alcohol and an often terrible diet, the product has to be miraculous not to mention easy to pack in a suitcase.

I do not know much about the science of any of the product, do not care about whether it is tested on animals, vegetables or the French. I just want something that works, is simple to use and nicely between the price of Cetaphil and Caviar.

Selwyn risked all by sending this to me as if it did not work or I burst out in acne or inflammation, I would cart him all over the blog. I promised not to but would have not been able to help it.

But safe to say after using the products now for some five weeks in a row my conclusion for those of us suffering nigh on impossible skin to please this stuff is great and I plan to keep using it. They come in very useful packs for the lazy such as the one pictured that last 3 weeks or so. Not included in the above picture was the fantastic rosehip oil that adds the final layer. 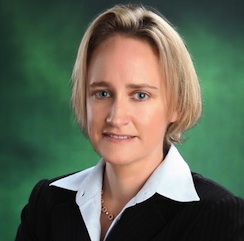 Budding beauty blogger Cathy Odgers — Might she need to re-consider the ‘Cactus Kate’ moniker in her new career? Hmmm.

I respect both of these women as political animals. They’re both a lot easier on the eye than, say, Margaret Thatcher. They’ve also both, supposedly, retired from politics now — Louise to spend more time with family and Cathy in broken exasperation about the failure of the less-than-one-percent in NZ: “Because sometimes those on your team are just big giant titheads.” (In other words, ACT got the ‘This Party is not great and I don’t plan to keep using it’ review from Cathy.)

But in response to this (new? previously-undisclosed?) focus on cosmetics and the ‘outer woman’ one HAS to ask:  What?