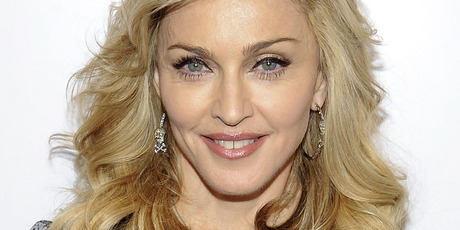 The last one of these I paid attention to was a fairly plausible Joe Satriani allegation that Cold Play had ripped him off blind been inspired by one of his songs. A side-by-side comparison (youtube) seemed pretty convincing to me, amateur as I am.

Madonna has gone one further and, apparently, to show how … similar her and Gaga’s songs are, is rehearsing a concert item combining them. Captured on shaky video, recently, and posted to youtube (below, if you care).

So. That’s background for this comment, quoted in today’s NZ Herald wherein Madonna scratches a TV ‘poisonality’ for asking a shallow question:

Madge told Newsweek that when she first heard the song, she felt it was a “redo” of Express Yourself”, and “thought it was … interesting”.

She also told ABC’s Cynthia McFadden: “When I heard it [Born This Way] on the radio … I said that sounds very familiar,” Madonna said, adding, “It felt reductive“.

When asked if “reductive” was good or bad, Madonna replied, “Look it up”.

I don’t know about you, but I see that happening all the time.