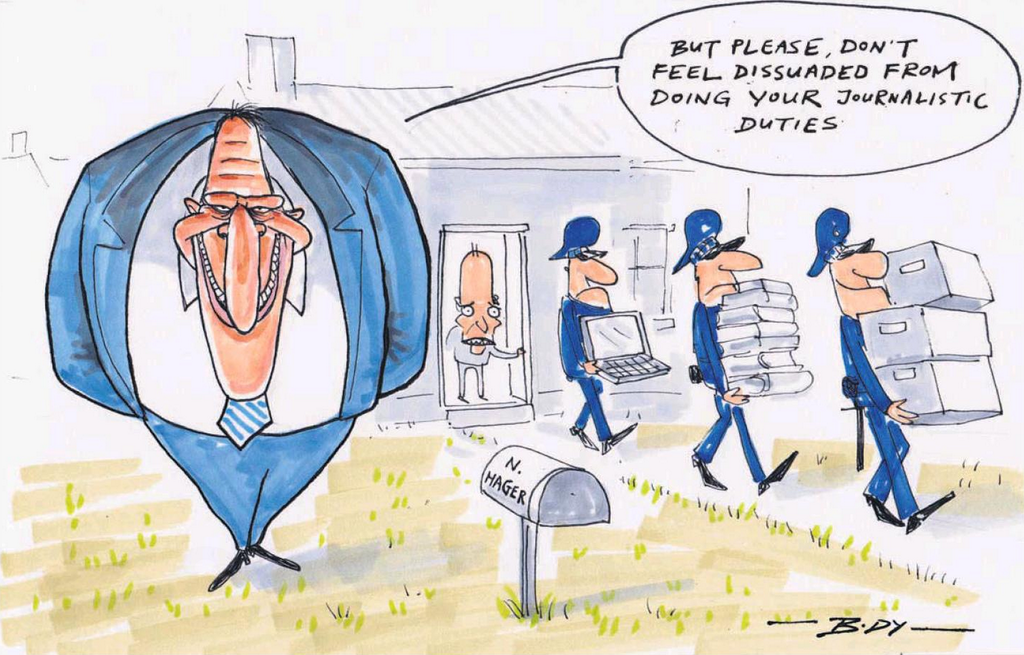 It looks like Nicky Hager is digging in for a fight with the police about access to the material they took from his house. An effort is being made to raise funds for his legal fighting fund. For details, and to donate, see: http://www.givealittle.co.nz/cause/NickyHager 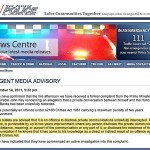 Click to read how the police fired a shot across the news media’s bows over the teapot tapes.

For reference, and because it’s interesting, here’s the audio (below) of Prime Minister John Key’s appearance on TV3’s Firstline justifying making a complaint to the Police about the actions of journalists — he accused the Herald on Sunday of using ‘News of The World’ tactics – which saw search warrants executed on various arms of the NZ media (NZ Herald, Radio NZ, Mediaworks) two weeks before the 2011 election.

[You can watch the video of the exchange here at the 3News website: Key reiterates that he is ‘teapot-tape’ victim.]

As noted earlier, other newsrooms (including the one I was working in at the time) received extraordinary ‘chilling’ warnings from police — that any reporting of the contents of the tape would be “an offence against the Crimes Act s216B”. 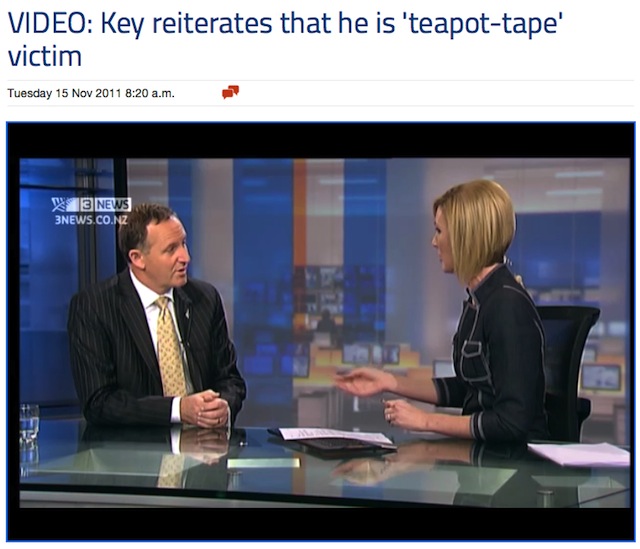 Listening to the interview again this morning, I was struck by how Rachel Smalley (who said she was ‘privy’ to the contents of the tape) gave Mr Key a chance to address some of the ‘political’ topics that he had been recorded discussing with John Banks (e.g. NZ First’s supporters ‘dying out’, replacing then ACT leader Don Brash with Banks) … but Mr Key didn’t bite. It all came out later — but that was well after the election. Timing, as they say, is everything.

Also, I’m struck again — genuinely impressed — by what a good communicator John Key is. He comes across very well in that interview. Even if what he’s actually saying, and his somewhat slippery argument, makes you uneasy … or to consider how politicians abuse power and intimidate/charm/manipulate the news media for their political advantage — you could almost call it Dirty Politics, eh?

Duncan Garner later revealed that John Key had been telephoning him ‘every night’ towards the end of the 2011 election (looks like some things don’t change!) He said John Key was anxious to know what was on the teapot tape, clearly desperate to suppress its publication. Which Mr Key managed to to. But none of that tension shows in the interview with Rachel Smalley, does it?