This from the NZ Herald earlier this week: 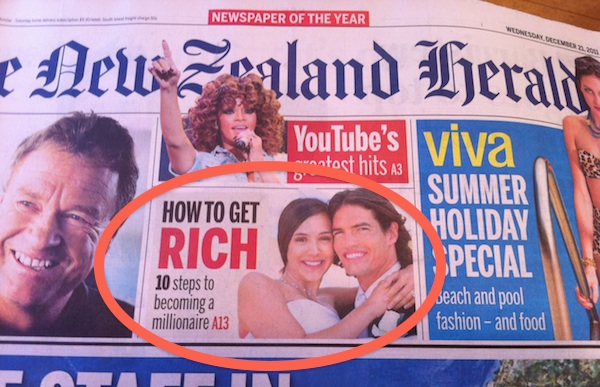 Wednesday’s article “How to get RICH — 10 steps to becoming a millionaire” (written by a freelance writer whose net worth isn’t stated) is sooo reminiscent of the boom days and the breathlessness of the pursuit of money. And we can see how that worked out.

Question: Do you think the media (a) leads or (b) reflects what we’re interested in?