« High Court serves a mixed bag for PR attack blogger Cameron Slater
You really should watch this interview with Glenn Greenwald, despite the smears » 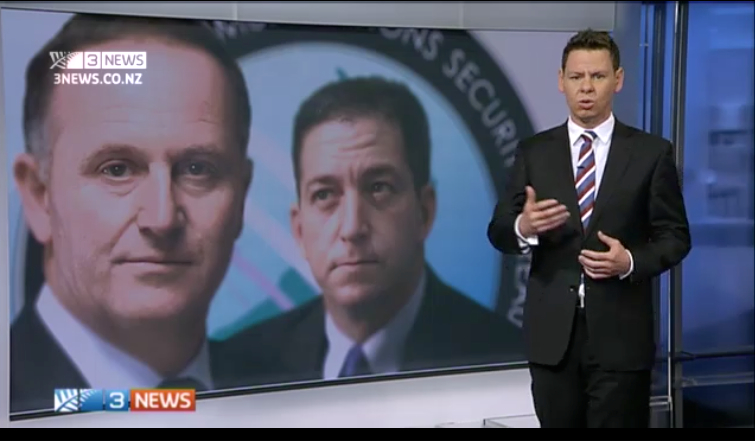 I was struck tonight by TV3 Political editor Patrick Gower saying on the news that he’d just got off the phone from a conversation “at length” with National Party leader John Key — Mr Key was, apparently, intent on countering the claims by Glenn Greenwald that the GCSB had undertaken mass surveillance of New Zealanders — something that Mr Key said hasn’t happened, and had earlier said would be a cause for his and GCSB head (and Mr Key’s school friend) Ian Fletcher’s resignations .

That substantial story has some way to run, and we’ll see what documents Glenn Greenwald releases on Monday as part of Kim Dotcom’s ‘Momemt of Truth’ … and how credible Mr Key’s ‘freshly de-classified’ rebuttal evidence will be.

But Patrick Gower’s disclosure of an ‘at length’ phone conversation between the PM and TV3’s political editor reminded me of something Patrick’s  predecessor/Jedi master Duncan Garner disclosed in June on RadioLIVE: that when he was TV3’s political editor John Key rang him almost every night of the election campaign towards the end.

Duncan said it was in the context of the controversy over the Teapot tapes. Listen:

So, I asked Patrick Gower if he was hearing from John Key in a similar fashion:

I have no reason whatsoever to disbelieve Patrick. (He is, in my opinion, one of the good guys — as contentious as it may be for me to say that. I like him.)