My (endless?) decluttering continues, and with it, blasts from the past rise to the surface.

During 1984, before I trained as a journalist, I set out to create a portfolio of photos of people who interested me – who were ‘In the news’ at the time. As a starting point, I approached figures I’d heard interviewed by Sharon Crosbie on her Nine to Noon National Radio show. Some were regular commentators – and I even asked Crosbie herself.

Most of those I approached were gracious and agreed to be part of the project. Most didn’t know me from a bar of soap, but kindly let a stranger visit them to take some photos. Here are some of the pics I came across recently (with the original slides, which is good even by my own nascent archivist standards).

All the shots were taken on 35mm Kodachrome 64 loaded in one of my Canon SLR (Single Lens Reflex) cameras, either with natural light or with a portable flash unit bounced into a slivered umbrella set up on location. I had a Canon 100mm f2.8 lens I used for portraits in those days. 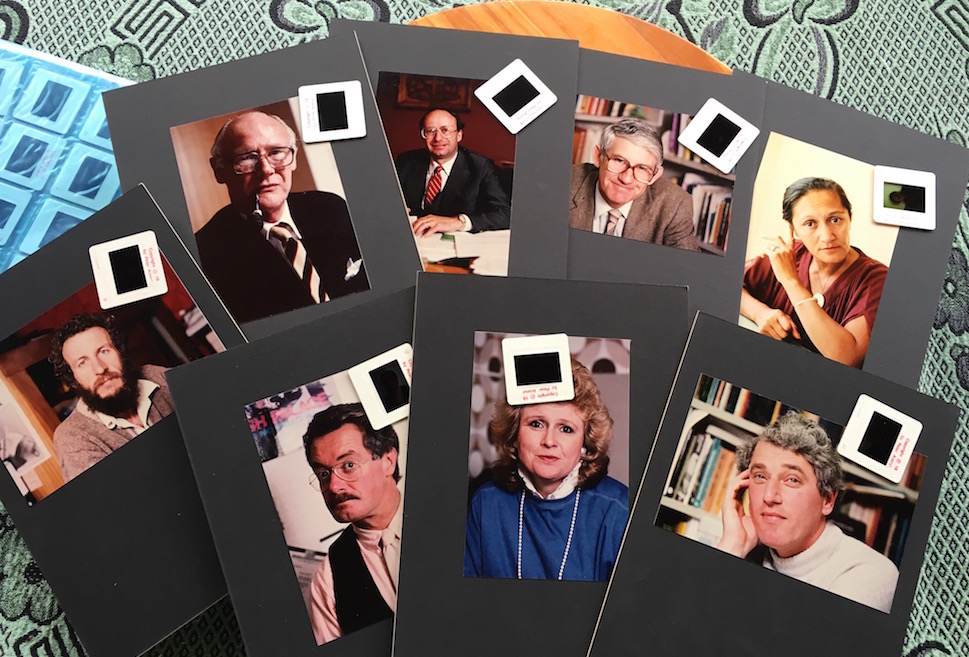 It was very kind of these people to allow me to come and take up their time in this way. It said something to me then, and now, about how open and approachable New Zealand public figures can be. Good on them.

*Len Bayliss died very recently. In his world he was a giant – see Len Bayliss’ courageous voice by Michael Reddell at Newsroom.co.nz
Owen Wilkes passed away in 2005, as did our beloved Tungia Baker. Tempus fuget.