« How liars deal with a challenge
Why not say it with style? »

Apropos my comment yesterday about liars being stopped in their tracks:

Go on working your con-game and feeding your lies to anyone who will listen … until you are finally exposed by inconvenient truth (like Bernard Madoff?) and STOPPED IN YOUR TRACKS. 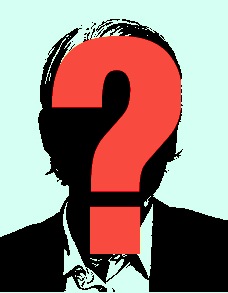 What's behind the facade of some 'motivational' speakers?

I heard this guy (below) speak once. He was very memorable. Highly engaging, funny, seemingly sincere and oh-so-persuasive. I felt ‘motivated’ after hearing him. (I even got a recording of his talk!)

A MOTIVATIONAL speaker who ripped off investors to the tune of $1.7 million has been jailed for 10 years.

During the Koch’s three-month trial, his lawyers told the jury he had not intentionally scammed his victims but was in a reckless state of mind. [Comment: Good grief!]

But in sentencing Koch today, Judge Carolyn Douglas rejected this defence and found that Koch had deliberately taken large sums of cash from his victims to invest in a high-yield scheme he knew was fictitious.

Christopher Koch, formerly a high profile motivational speaker, has been sentenced to 13 years jail after being found guilty in the Melbourne County Court on charges brought by ASIC.

Christopher Koch, of Point Cook, Victoria, was found guilty on Friday 11 June 2010 and sentenced today. Mr Koch was charged with 15 counts of obtaining property by deception and seven counts of obtaining a financial advantage by deception totalling $1,152,000. Mr Koch was also charged with one count of making an offer or invitation in a prescribed interest scheme totalling $1,742,000.

Between 1996 and 1999, Mr Koch promoted a fictitious, international, high-yield investment program where investors were told they would receive returns of between 50 and 150 per cent in periods as short as 90 days. Mr Koch received $1,742,000 from 11 victims. ASIC’s investigation revealed that he used most of these funds for his own purposes, including gambling and paying his mortgage. Businesses are reminded that when it looks too good to be true, even when an investment scheme comes from a trusted friend, it often is.

Knowing that ASIC was looking into his dealings, in June 2001, Mr Koch left Australia in July 2001. After travelling through Asia, the United Kingdom, and North and South America, Mr Koch settled in Auckland, New Zealand, in early 2004 and set up a business called the New Zealand Sales Institute. In December 2006, Mr Koch was arrested by New Zealand Police and was subsequently extradited to Australia on 10 January 2007 to await prosecution.

Some of the ‘sales’ operators skating around the place with their ‘Live the life of your dreams’, ‘Take control of your future’ motivational pap (designed to get their victims prospective clients to ‘Step up’ and sign on the dotted line) … while also perhaps also skirting the rules about selling investments and securities (e.g. ‘interests in land’?) … might be well advised to PAY ATTENTION to what happened to Chris Koch.

More background on how Chris Koch operated in NZ: A man with the gift of the gab

Undoubtedly, Chris Koch’s biggest asset was his gift of the gab. He could tell a string of stories from a colourful life, material he used to full advantage during his motivational speeches.