« The Stenning Tweebs try to roll with the punches
What would you grab? » 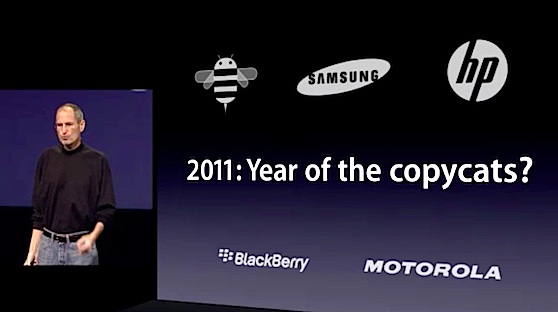 Good to see Steve Jobs doing his thing for the assembled oohs and ahhs at the iPad2 launch.

A little bit of gloating 15 million iPads later  (and 100 million iPhones!!) … well, you can’t take away from that success.

I laughed at his joke about the ‘unbelievable price’ of the original iPad — “just ask our competitors” … yes, it’s a game of catch-up, that’s for sure.