« A note on embracing storms
Neighbours » 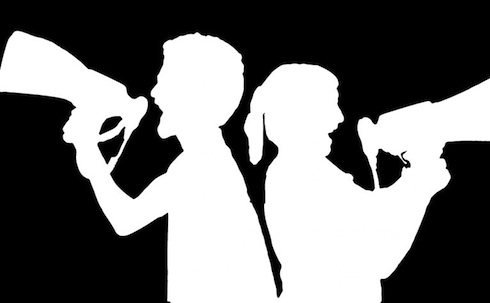 From the comments stream following an article by Mathew Ingram Public shaming and free speech: Why the rush to attack Pax Dickinson makes me nervous (worth a read):

Um? Pax Dickinson is free to say whatever he likes. And when his free speech potentially exposes his employers to legal ramifications of that speech, they are free to part ways with him. No one’s right to speak has been impaired here. Making this a free speech issue badly misses the mark.

I think part of the problem here is a category error, in that Mr Dickinson probably believed that his audience was primarily made up of people much like himself, “brogrammers” who would be amused and not offended by his jokes. It’s possible – even likely – that his tweets seem playful in the right context. However, on twitter, EVERYONE can hear you. Twitter has no context. And it behooves someone with a C-suite position at a very public-facing company to watch what he says in public. Else he may lose that C-suite employ. That is a normal social consequence.

Free speech does not mean consequence-free speech. Adults are free to say whatever they like. And they are also free to face the consequences of that speech. [emphasis added]

Yeah, I’ve copped it for stuff I’ve said online, and castigated others for their so-‘published’ comments.

I do, as we have discussed, draw a line at any moves to have someone fired or their employment otherwise affected in an offline way simply for their online statements of opinion, however hateful or idiotic I see them — a scruple not universally shared (in fact, demonstrably not shared by vindictive nothing-to-lose rissoles like Cameron Slater, as we have seen, but that’s another matter.)

‘Don’t embarrass the company‘ is, at bottom, a fair rule, however. In a realistic (as opposed to idealistic) economic world, people jus’ gotsta realize their actions have consequences. These are not tricky calculations like the rotating vectors I studied in Telecommunications Maths.
A little empathy for one’s employer or workmates can go a looooong way.

There’s no free lunch. The ‘joy’ of self-expression enabled by having or using a ‘public’ online platform comes with its consequences.

We are each, or should be, accountable for our words. One needs to own that.