« Media bias: In the eye of the beholder
I’m not imagining it … John Key’s selective absence »

I saw this interview between TV3’s John Campbell and Eliota Sapolu — the Samoan rugby centre who faced a judiciary hearing following his angry tweets accusing an IRB ref of bias and racist decisions during the South African/Samoan pool game in the Rugby World Cup.

It’s a fabulous interview which impressed me very much. See what you think. 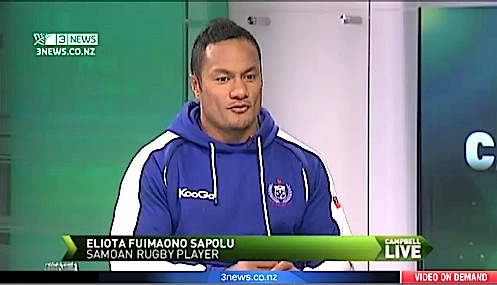