Earlier, I quoted from Margaret Pope’s elegant book At The Turning Point: My political life with David Lange. I heard the author interviewed by Radio NZ National’s erudite Kathyrn Ryan when the book was published 1 where Ms Pope answered (beautifully) a query about the enmity she’d attracted from Michael Bassett:

…There are some things in life you have mixed feelings about. I don’t like to be called ‘the Yoko Ono of the fourth Labour government’ because it’s not used in a flattering context. Still less do I like to be called ‘the Lady McBeth of the ninth floor’ which is another label I’ve found attached to myself. But having said that, you know, if you have enemies like Michael Bassett, you’ve done something right in your life. 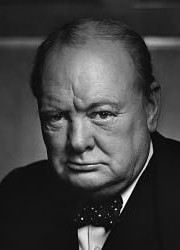 Which puts me in mind of this, from someone else who had battle scars:

You have enemies? Good. That means you’ve stood up for something, sometime in your life. — Winston Churchill

1 Listen to the full audio of that interview at www.radionz.co.nz
(The section quoted is around the 19 minute mark.)