Does anyone else think this spy agency ‘Discredit a target’ strategy might have been used against Julian Assange?

Wow, read this: Snowden Docs: British Spies Used Sex and ‘Dirty Tricks — NBC and ask yourself if Julian Assange might have been a ‘target’. 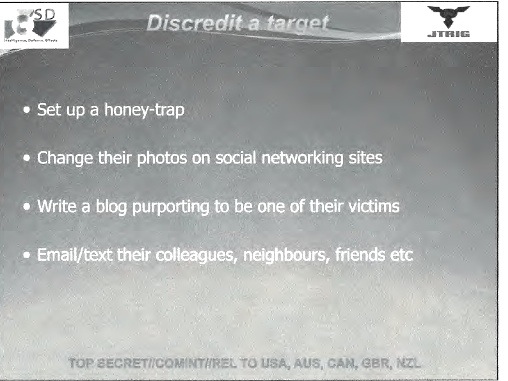 British spies have developed “dirty tricks” for use against nations, hackers, terror groups, suspected criminals and arms dealers that include releasing computer viruses, spying on journalists and diplomats, jamming phones and computers, and using sex to lure targets into “honey traps.”