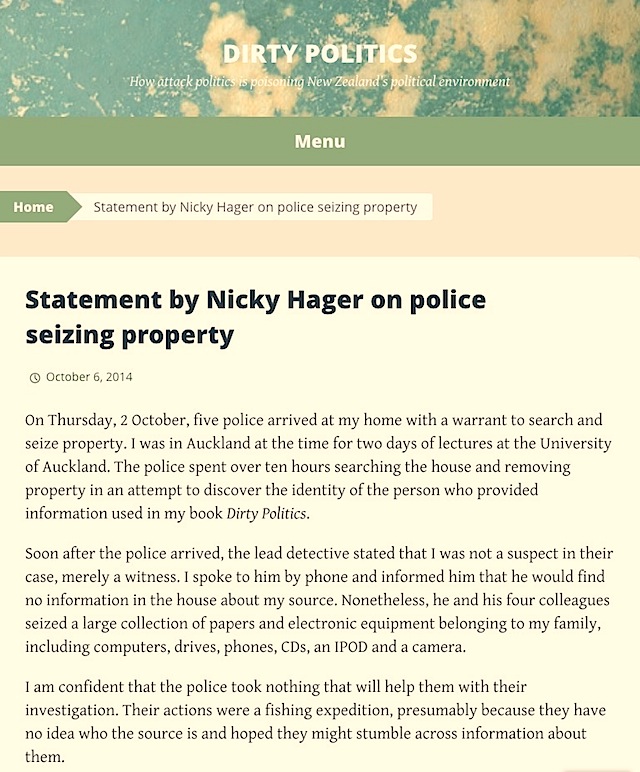 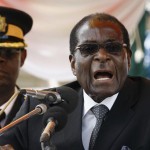 This is a sobering development. Police raiding journalists who publish material which is politically embarrassing to the ruling party. Is this New Zealand? Not Russia or Zimbabwe?

The timing of the raid (leave aside ‘after the election’) when Hager was away in Auckland, suggests to me he may have been under surveillance. At one level that shouldn’t surprise us.

Nicky Hager’s sister Mandy tweeted tonight “I observed police as they searched – polite and respectful (and slightly sheepish) – clearly strings pulled from above #dirtypolitics” which, particularly her comment ‘strings being pulled from above’, I have to say, reminds me of: Are you dating a tyrant? Take our simple quiz to find out!

… and also: Is NZ’s international reputation as a democracy taking a pasting? which I wrote around the Bradley Ambrose teapot tape (cough) ‘prosecution’.

Nicky Hager told the media repeatedly that he had gotten rid of the leaked emails and material prior to publishing the book. And also, if I recall correctly, that he had prepared for a police raid. So at best it seems police could only have been hoping he’d been careless or foolish about material that might have exposed the ‘hacker’ Rawshark/Whaledump. Which, given his history (e.g. Secret Power) seemed … unlikely.

As a wag on Twiiter said, drily — 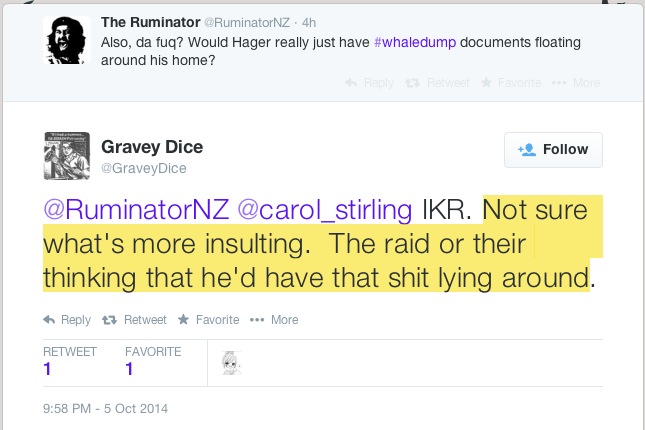 So, we’re left with another possibility: The state is heavying Nicky Hager as a lesson for other journalists to observe. Chilling.

and then there’s this: