Ha! What looks like a co-ordinated campaign to damage a brand via social media ‘influencers’ has been exposed because one of the shills FORGOT TO ERASE HIS INSTRUCTIONS! (Hahaha!): 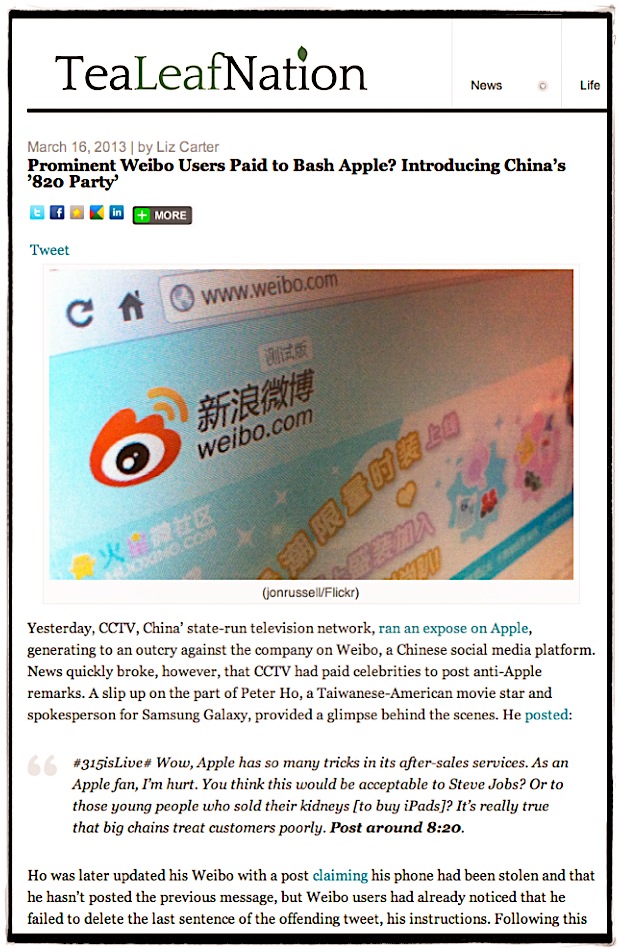 Oops. An attempt to create some supposed ‘grass roots’ backlash in co-ordination with some negative media came unstuck. Does this ever happen in (cough) say, the political sphere,do y’think? With, say, right wing bloggers … neh, probably not. Just coincidence, I’m sure. Or my imagination. (click to read the story at TeaLeaf Nation.)

Of course that could never happen here, eh? {snort} Weeeell …

Engagement without declaring a commercial aspect?

Or could it? What’s this (local) web ‘advertising’ service offering, do you think? “Engagement”

Our portfolio of publishers includes a number of sites where conversations are already taking place.  We can facilitate engagement with those audiences, enabling your brand to connect in a whole new way.

“We can facilitate engagement with those audiences, enabling your brand to connect in a whole new way.”

Right. So a campaign of commercial/sponsored message ‘engagement’ with ‘audiences’ and their ‘conversations’ … that doesn’t involve banner advertising. (So, the commercial aspect probably undisclosed, I guess.) Hmmm.

PS: We last discussed this idea of ‘paying bloggers to take certain lines’ in this post: ‘As playful as he is psychotic’ which included some interesting discussion, if I may be so immodest, in the comments stream. Remember this?: