« Simon Power is putting it all behind him. Whaaat?
This is a very good cartoon »

Wow. I’m still catching up on things that popped up while I was away and largely offline this week.

Read this analysis from the nothing-if-not-polarising Bryan Gould in the NZ Herald: Tougher approach hints this term is Key’s last … 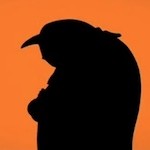 What is now clear is that the goal of the first term was simply to win the 2011 election. The key to achieving that goal was to be the Prime Minister’s personal popularity – particularly with the politically uncommitted.

That goal having been achieved, a quite different goal has now been identified. A Prime Minister who was criticised in his first term for being lightweight and not making a difference seems now to have set himself the task of making his mark and leaving a political legacy.

The second term, it seems, will be used to push through an agenda of change which may commend itself less – or not at all – to the uncommitted, but which will deliver to the Prime Minister’s own closest supporters much of what they elected him to do.

That’s been my impression too. What I earlier called ‘The Punch and Judy Show‘ of the Key/Joyce (Joyce/Key?) government had been characterized by, for the most part, deft political management (i.e. extreme sensitivity to public opinion and maintaining Key’s likability quotient) in the first term — with the odd slip.

But that was then, this is now. Things are different, majority of one notwithstanding.

Gould correctly (in my view) fingers the driver: rewards for the ruling party’s supporting constituency. Many of National’s more hard core supporters tolerated the ‘incrementalism’ of the first term for just the reasons Bill English and Lockwood Smith spelt out on the clandestine recordings at a National Party conference: So as not to alarm the populace/frighten the horses … while they prepared to gently, then not so gently ease in the ‘reforms’ with or without public support.

Political parties, whether tories or socialists, exist for the purpose of benefitting their constituencies … by whatever means are at their disposal. That’s democracy folks.