Black Hats as the ‘good guys’

For the most part, the people who attend Black Hat [Security Conference July 2011] are good guys who are there to learn how to keep our systems safe. As noted on ZDNet, Mac OS X security remains much better than that of Windows. Mac OS X 10.6.6 only included one security fix, while Microsoft’s February Patch (released last Tuesday) plugged 22 vulnerabilities.
— TUAW 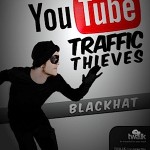 Good guys, whew! … and what about these Black Hat guys?:

If you ask me, the tagline from the conference ‘DIGITAL SELF DEFENCE’ applies to any dealings with ANY such internet marketing spruikers.