« ‘a good way to divert attention from the uproar over the N.S.A.’s data-collection programs’
The Letters »

I’ve learned that in the ongoing parasitic relationship between politicians and the news media (some call it symbiotic, but meh) certain actors on both sides overestimate their importance.

But not John Armstrong.

Read John’s column from the Weekend Herald: Government betrayal on a monumental scale. What he says about ‘the democratic fabric being ripped asunder’ is important. Don’t let the government’s spin merchants (paid or unpaid) tell you any different. 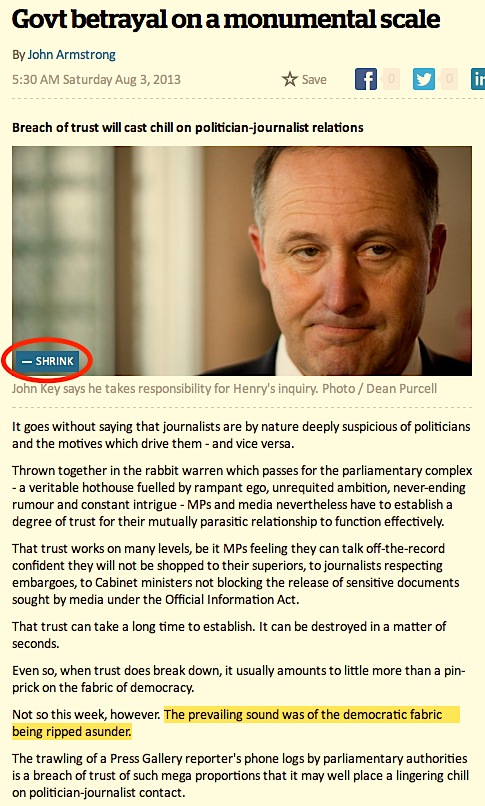 Shrink what? Click to read John Armstrong’s column at nzherald.co.nz

Also well worth reading is Russell Brown’s post at Public Address: It’s worse than you think.