« Nicky Hager on protecting sources
The escape of exnzpat, Part 28 »

BBC Scotland on spying. Some of the same issues and questions as New Zealand

I heard part of this BBC Scotland report by Eamonn O’Neill as he “explores the world of contemporary espionage” this morning and recognised several of the same talking points about increased state security agency surveillance keeping us ‘safe’ as are deployed here in New Zealand — it’s right there in the title: ‘How safe are you?’

Beyond the interesting discussion of UK spy recruitment, the distinctions between ‘agents’ and ‘officers’, and questions about the potential impact of future Scottish independence, further into the report, there are a number of parallels with the controversy in New Zealand about such matters.

There are echoes of the tensions our own nation faces: being part of a bigger ‘alliance’ or network of electronic spy agencies; economic spying on allies and neighbours; the insatiable hunger of state spy agencies to ‘make the haystack bigger and bigger’ by bringing in more data (and retaining it) – supposedly in an effort to pick up terrorism ‘clues’; the shift of the field of engagement to the ‘cyber frontier’ i.e. electronic communications, with ‘human intelligence’ discounted in favour of electronic information/surveillance — all making computer boffins GCHQ and their equivalents the ‘lead agencies’.

Also, listen to what they say about the burgeoning cost of surveillance of computer and communications networks, and the public’s innocent ignorance of the ‘risks the country faces’ (epitomised here recently by MP Jami-Lee Ross’s reported comment to a select committee submitter on the ‘Countering Terrorist Fighters’ Bill: “If you knew what we know you’d support this legislation”. Oh, god.) And its corollary, the self-proving justification: “Look, the lack of attacks shows just how effective we are!”

The whole episode (28 mins) is definitely worth hearing, if these topics interest you, as they do me.

You can listen here at the BBC website using iPlayer (Flash required) for the next month. After that, drop me a line by email (address on the ‘About’ page) and I’ll point you to a friendly MP3 archive of it. 🙂

At the beach over the Christmas break I read a couple of books about the fairly paranoid intelligence and counter-intelligence efforts of the British and Americans during the Cold War (MI5’s Peter Wright and CIA’s James Jesus Angleton). I was struck by how routine it was for these agencies to burgle and bug foreign embassies, consulates and various delegations … and to spy on other countries (even allies) purely to gain economic advantage. No such fig leaf excuses as ‘War on Terror’ were deployed. 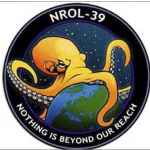 Human nature hasn’t changed. Then it was just a case of “if we can do it, we should do it”. Ask Angela Merkel. The same gung-ho attitudes to spying on ‘friends’ and domestic political organisations or ‘activists’ apply just as much now. Edward Snowden’s revelations and others show that increasingly the key resources have become ‘taps’ on computer networks.

For instance, remember this NSA spy satellite launch rocket logo? This was real. 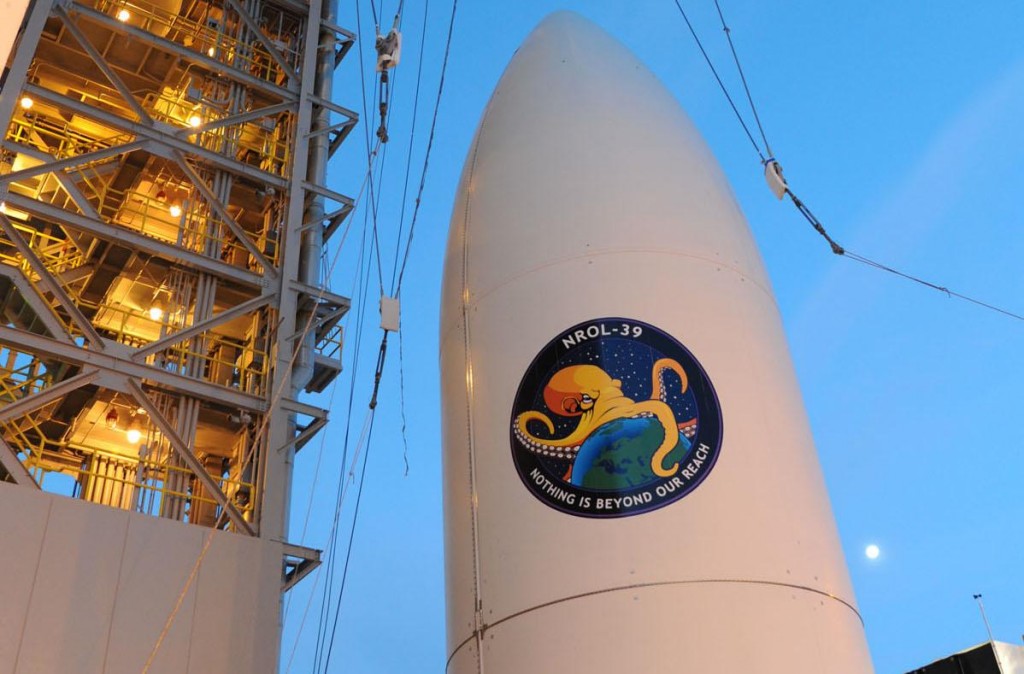 There was a very good editorial (translation: I agree with it) in the Dominion Post recently about the sudden announcement of Ian Fletcher’s imminent departure from the post of GCSB Director. The Dom writer makes the point that Fletcher’s appointment was controversial for several reasons (family friend of our ‘forgetful’ PM) and those reasons weren’t going away. Also, the editorial calls for a politically bipartisan approach to appointing the next GCSB director (assuming there is such a post after the proposed ‘statutory review’ of security agencies, I guess. (Mr Key has scotched as ‘speculation’ the idea of a GCSB-SIS merger.) 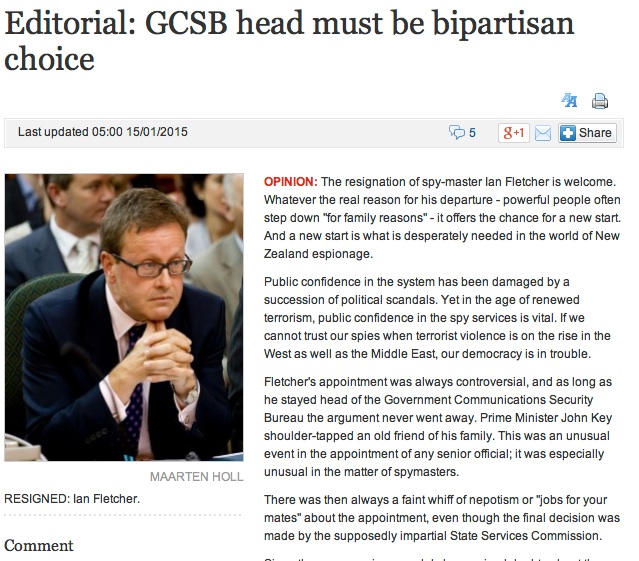