Apropos yesterday’s Google’s tentacles post, see the outrage being provoked even in the home of the free: 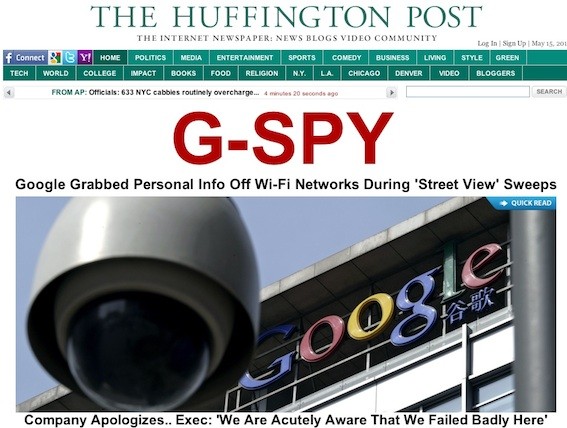 Germany’s data protection authority (DPA) requested Google audit the WiFi data collected by its Street View cars. The audit revealed that contrary to the company’s claims, for at least three years, Google has been collecting payload data (the information users send over a wireless network) from non-password-protected WiFi networks. A programming error from 2006 was at fault.