« Do I need to say anything?
When ideas grow into serious money »

At last, some good news for the Blue Chip victims 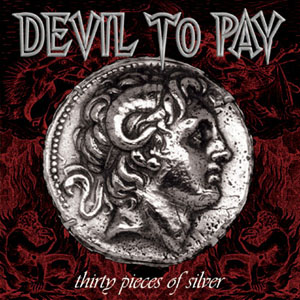 The rather obvious injustice in this situation cried out for a remedy. Just what it will be remains to be seen. Many victims of the smooth-talking Blue Chip spruikers will never recover as it is. This will, I hope, send a message to those spruikers still operating (and their accomplices) that it ain’t over till it’s over.

The Court of Appeal has allowed an appeal by elderly Blue Chip investors Bruce and Dorothy Bartle, and said that loans they took out to buy an apartment in Auckland were oppressive.

The appeal is seen as a test case for many elderly investors who face losing their homes because of dealings with the failed Blue Chip group, whose largest shareholder was Mark Bryers. …

“We declare that the loan agreements at issue in this case are oppressive within the meaning of the Credit Contracts and Consumer Finance Act 2003,” the judgment released today said. …

Key ‘sentiment’ expressed in the judgement, from my point of view:

The judgment said the oppression remedy “floats, like oil across water, across the top of credit contracts. It is ever-present”.

Truth in lending was not restricted to obvious features like interest rates but also to what the transaction was fundamentally about. Asset lending was not necessarily unconscionable but if the loan was not serviceable then in substance it was not a loan but an asset sale, the judgment said. The lender risked nothing and the borrower risked their asset.

I can’t properly express how the experience of my dealings with some of the Blue Chip victims — seeing their distress and the web of deceit in which they’d been caught up — has hardened my heart towards spruikers.

These innocents, people who got off their arse to prepare for their retirement, were snared in a trap set with awful, cold deliberation by sales professionals akin to those whom I castigate from time to time here. Filth.

The victims were targeted. The BC bastards crawled down church networks, family, whanau, sports and social club networks, treacherously and oh-so-plausibly ‘selling’ their poisonous snake oil with a near-religious fervour — and promises of quick and easy money. “I wanted to make you all millionaires” Blue Chip’s co-founder Bob Bangerter said at the liquidators meeting.

The Court of Appeal rightly in my view described their schemes as ‘a Trojan Horse to access the equity they had in their homes’.

And it’s still happening — in a different “niche” right now — with the same type of smooth-talking glib liars acting as sales professionals … whispering their persuasive mantra of false hope. “Step into the future you deserve. Take control of your life. It’s so easy.”

I feel nothing but contempt for these deceivers and betrayers, these lying hypocrites.*

My friends and I will work to oppose them and expose them.

Watch this space. And help us if you can. – P

* Remember, I don’t make any claims to be perfect myself. Or holy.