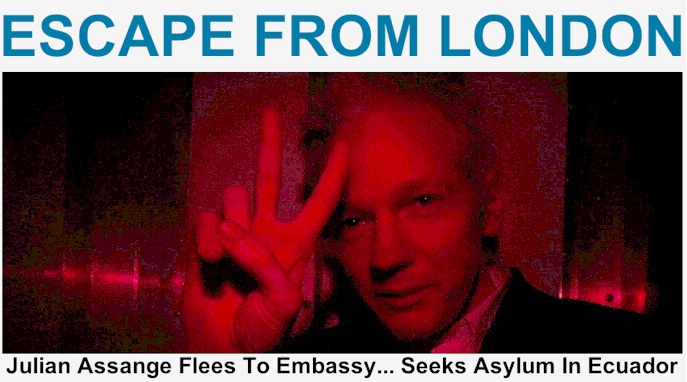 I’ve always said the allegations (not actually criminal charges) against Julian Assange seemed like a jack-up and a smear campaign. What do you think?:

2) The process by which Assange was accused, cleared, and then re-accused of these incidents beggars belief. Two women went to a Stockholm police station one Friday afternoon in August 2010, to either (and here accounts vary) report Assange for s-xual misconduct, or inquire as to how he could be forced to take an STI test. Only one woman, Sofia Wilen, gave a statement, saying that the morning after a s-xual encounter with Assange, he had initiated s-x while she was asleep, and without a condom; by her own testimony, she said that she then gave consent to continue the act.

3) While her statement was being given, police had already contacted a prosecutor to issue an investigation warrant for arrest. When Wilen was informed of this, she refused to sign her own evidence statement, saying that she had been pushed into making a complaint by people around her. The next day, the senior prosecutor for Stockholm rescinded the warrant, saying that there was nothing in the statement suggesting a crime had occurred.

4) By Monday, that decision had been appealed, with the two women now represented by Claes Borgstrom, a big wig in the Social Democratic party, and drafter of the 2005 s-x crimes laws under which Assange was being accused — laws that many had said were unworkable. The second complainant in the affair, Anna Ardin, now changed her story. She had been interviewed the day after Wilen had told of a rough but consensual s-xual encounter with Assange, but suggested he had torn a condom off during s-x.

5) In the weeks between the Stockholm prosecutor rejecting Wilen’s statement as evidence of a potential crime, and the appeal, Ardin’s story changed, and her account of rough consensual foreplay became an accusation that Assange had pinned her down with his body during s-x to prevent her applying a condom. This became the basis for a new accusation — s-xual coercion — which would have been sufficient as a felony, should the appeal prosecutor not reinstate Wilen’s r-pe accusation. In that week, tweets were deleted and blog posts changed to remove any suggestion that Ardin had thought Assange’s behaviour to her consensual.

6) The prosecutor to whom the appeal was made — Marianne Ny — was a former head of the “Crime Development Unit”, whose specific brief was to develop new applications of s-x crimes laws, in areas where they had not previously been applied. She had previously spoken of remand as a form of de facto justice for men accused of s-x crimes, whom the courts would otherwise let free.

7) The European arrest warrant, and the Interpol red notice under which Assange is being extradited, was issued with a speed and seriousness usually reserved for major violent criminals, rather than someone simply wanted for further questioning, without a charge being present.

From Guy Rundle: Assange makes his escape into a diplomatic storm Crikey.com.au