« Oh. A certain Food & Grocery Council member will be HATING this graphic.
Being critical »

Ah I see. The QC failed to ask the police inspector ‘the right question’ about ‘the right surveillance’. Riiiight. 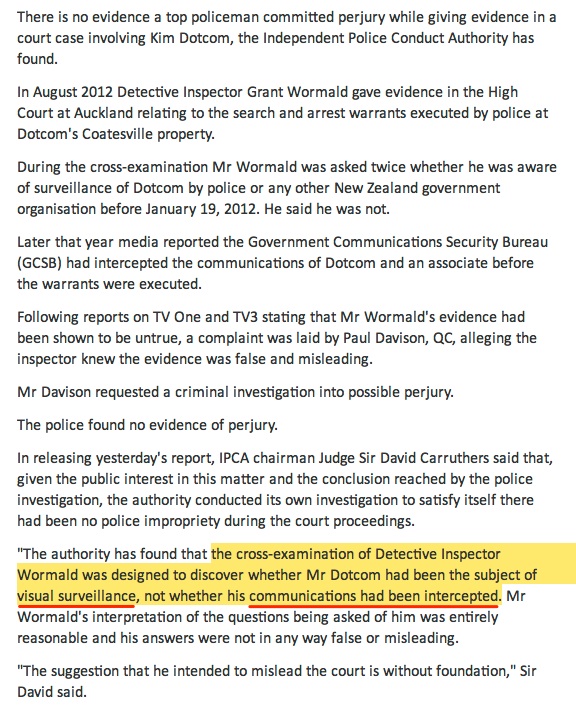 Honestly, I have two teenagers who wriggle in exactly the same way as this. Unless you ask them precisely the right questions — movable goalposts, to be sure — you may not get anywhere near “the truth”. Even then, they’re fully capable of rewriting history, airbrushing out the inconvenient bits. So …

I don’t know Grant Wormald, he seems like a nice man. But I saw video of his extremely uncomfortable squirming/withholding performance under cross examination when he didn’t really want to admit to the presence of members of “another government agency” at discussions about the Kim Dotcom raid. That “agency” turned out to be the GCSB and their involvement turned out to be illegal (oops!) … but it was no crime because they “didn’t mean to” break the law. No criminal intent.

Now this. “Oh, that pesky, intrusive, nit-picking lawyer – when he asked me about ‘surveillance’ I thought he was asking about visual surveillance, your honour, not the communications surveillance I was getting daily reports about from the GCSB about on the encrypted smartphone* they gave me so my communications with them weren’t … intercepted.” (paraphrase)