« Staying positive with your team
Left and Right: useful when doing the hokey cokey, but past its use-by date for politics? »

A hint of siege mentality from Steve Joyce? 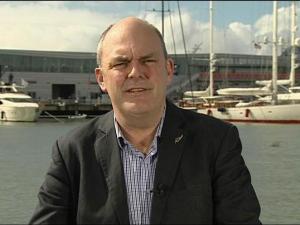 I watched an interview with Steven Joyce on TVNZ’s Q&A show yesterday and, as has happened before, was pretty impressed with his commendable communication skills … up to a point. Then, as has also happened before, I watched him unravel a bit as he descended into ‘political’ debate.

But what interested me about yesterday’s effort was when Mr Joyce started smearing specific ‘paid PR practitioners’who are working as lobbyists for those opposed to the government’s pricing policy on copper broadband (look elsewhere for the details).

I took those references to be to Matthew Hooton (whom I have discussed here before, and will again, in another context, in a day or two).

I’m pretty sure I heard Matthew declare to Kathryn Ryan during last week’s Politics discussion on Radio NZ National that he is working for (i.e. professionally engaged by) the group advocating for a change in the copper pricing policy. So … in that context, read what Steven Joyce told Michael Parkin yesterday from San Francisco (full transcript at TVNZ):

MICHAEL But you’ve now got a powerful lobby group here trying to overdo your work here. I mean, you can understand that people at home using the internet don’t like the idea of having the price artificially inflated on them. It’s that simple, isn’t it?

STEVEN Yeah, but that’s wrong. And you can call it a powerful lobby group, but fundamentally they are misrepresenting the facts a wee bit, and that’s the issue. The first thing is they’re suggesting that somehow that the contract is being changed, and it simply isn’t. They’re suggesting that somehow that Chorus is going to get a big bonus, which it simply isn’t. And they’re suggesting that prices are going to go up, which they’re simply not. Prices are actually going to go down. So apart from that, you know, I suppose their argument has some mortar, but with the greatest respect to them, they are being a bit cute, and I think they know they’re being a bit cute. … [Comment: By ‘cute’, I think Mr Joyce actually means ‘dishonest’, don’t you?]

MICHAEL Minister, did you underestimate the pushback you were going to get when you made this decision to change these prices?

STEVEN No, I don’t think so. I mean, there’s one or two PR practitioners that are known for this. I remember when I was the minister, they ran a campaign on something else, and the ISPs are quite good at arguing their case, but I noticed that they’re not actually saying, ‘Whatever price cut occurred we’d pass on to consumers’. They are actually talking about who gets to profit what out of the prices charged, so I think we all have just got to be awake to it and know that there is a midpoint here that will work fine and don’t necessarily be taken in by the PR spin from the paid practitioners, because there’s a bit of that going on.
[emphasis added]

Look, I’m not saying there’s a sea change or anything. It’s just interesting. 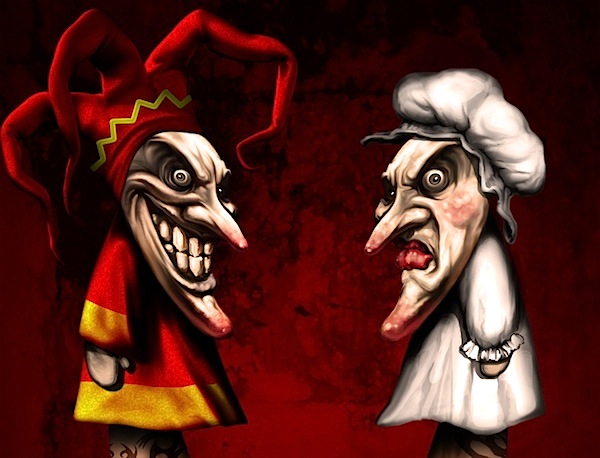 We’ve seen it before: Mr Joyce, Mr Key and other ministers have faltered under pressure at times about what’s actually “true”. It seems clear Mr Joyce is annoyed with the ‘paid PR practitioners’ he refers to who are seeking to influence government policy — through public opinion and the media, naturally. He is, it seems to me, accusing them of saying untrue things. Quote: “…they are misrepresenting the facts”.

Gee, does anyone else think it seems senior government figures are trotting out the ‘Oh, those people who are saying things are different to what we’re saying … they’re MISLEADING you!’ tactic quite a bit lately? (Like, say, the GCSB Bill? Ooh er.)

Mr Fix-it looked and sounded a little ‘off’ to me. (Food poisoning?) Have a look at the video of the interview for yourself … and see what you think.