A departing editor’s kamikaze attack on his crappy publisher 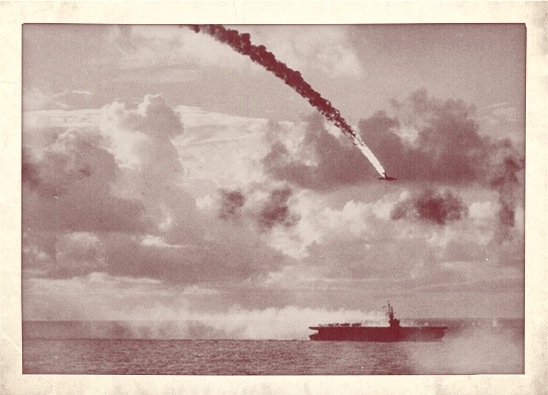 image: based on photo found at http://hsgm.free.fr/rajoutsguerre (unknown origin*) effects by Peter Aranyi 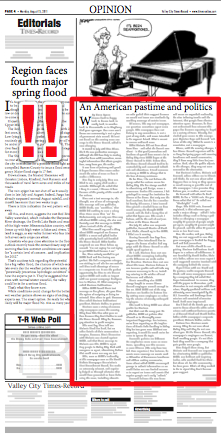 Morris had me at “It started in July with Tina Olson, …”

Read the whole thing An American pastime and politics (PDF)— complete with diversionary (fake) Gene Lyons byline to get past the company goons. Very good. If you squint, you can almost imagine Rupert Murdoch and James filling in for Conrad Black’s partner in crime (literally) David Radler and his daughter Melanie.

Horizon Publications itself began in a culture of indifference. It was founded by David Radler, Mela- nie’s father, whom one news report I read suggested remains involved with the company behind the scenes.

If you’ll bear with me: David and his partner, media magnate Conrad Black, sold some newspapers owned by a company they led called Hol- linger International. In essence, they sold the papers to themselves, paid themselves to not compete with them- selves, illegally pocketed millions and, ultimately, were investigated by the U.S. Securities and Exchange Com- mission and convicted of massive fraud. Both were imprisoned.

You’ll find all the details you ever want to know about the white collar crimes and cutthroat business practic- es of Conrad Black and David Radler, father of this newspaper’s corporate president, Melanie Radler, online.

via John Remenesko at Poynter — also well worth your time to read. Thanks to Gene Weingarten for the tip (and the headline) via Twitter.

* I’m happy to update with a better photo credit if someone can help with that.