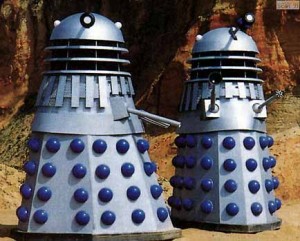 “Report: 51% of web site traffic is ‘non-human’ and mostly malicious

Summary: Web site analytics packages record what real people do on a site but most web site traffic comes from other computers often with nefarious intent.

Incapsula, a provider of cloud-based security for web sites, released a study today showing that 51% of web site traffic is automated software programs, and the majority is potentially damaging, — automated exploits from hackers, spies, scrapers, and spammers.

The company says that typically, only 49% of a web site’s visitors are actual humans and that the non-human traffic is mostly invisible because it is not shown by analytics software.

This means that web sites are carrying a large hidden cost burden in terms of bandwidth, increased risk of business disruption, and worse.

Here’s a breakdown of an average web site’s traffic:

– 5% is hacking tools searching for an unpatched or new vulnerability in a web site.
– 5% is scrapers.
– 2% is automated comment spammers.
– 19% is from “spies” collecting competitive intelligence.
– 20% is from search engines – which is non-human traffic but benign.
– 49% is from people browsing the Internet.

The data was collected from a sample of 1,000 websites that are enrolled in the Incapsula service. …”

(Via Report: 51% of web site traffic is ‘non-human’ and mostly malicious | ZDNet)